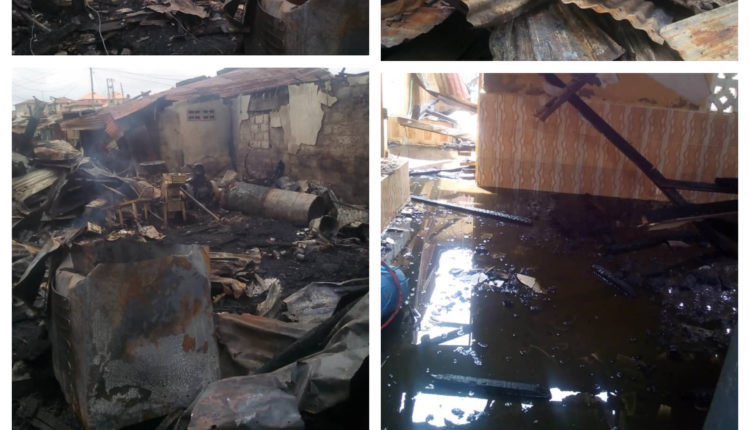 A credible source informed TribuneOnline that the inferno was caused by electric sparks from the grinding machine before it spread to some sections of the market.

Confirming the incident to journalists, the senior fire superintendent in Ife Central local government, Mr. Ismail Adeyinmi lamented that poor assess road to the market hampered the rescue operation of his men before the fire could be contained.

According to him, the fire emanated from grinding machines source and then spread to other shops including a nearby mosque in the vicinity.

Commiserating with the victims of the fire outbreak, the chairman of Ife Central local government, Mr. Olayera Elugbaju described the incident as devastating, assuring that a committee will be set up to look at the causes of the disaster, with a view to assisting the victims.

Similarly, the Babaloja of Ife New Market, Chief Abayomi Omoworare expressed concern over the loss suffered by the traders, just as he appealed to the government for assistance to mitigate the havoc wrecked by the inferno.

One of the victims, identified as Mrs. Wemimo Adetayo, who sells frozen foods appealed to all tiers of government to come to their aids, saying she obtained loan like other traders affected to fund her business.

Meanwhile, former Osun State deputy governor, Senator Iyiola Omisore, had visited the market to commiserate with the marketers who were affected in the fire incident.

Omisore, also a former chairman of Senate Appropriation Committee, who represented Osun East senatorial district from 2003 to 2009 at the Senate, during his visit to the market, earlier on Sunday, was perturbed by the level of damage, as he sympathised with those who lost their goods and other belongings to the dire incident.