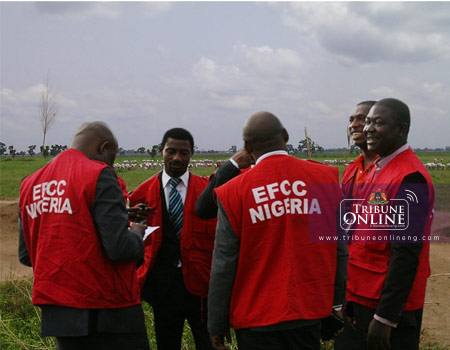 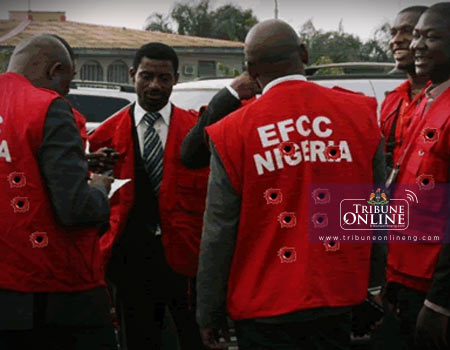 THE Economic and Financial Crimes Commission (EFCC) has declared that six corruption-related convictions have been secured within the last two months out of the total of twenty-six petitions received within the same period by its North-East Zonal office in Gombe.

The disclosure was made on Monday by the Head of Operations of the zonal office, Friday Saka Ebelo, while briefing newsmen as part of activities marking the 2018 World Anti-Corruption Day.

According to him, within October and November 2018 when he assumed office, the Zonal office received 26 petitions and had successfully secured the convictions of six the cases in the courts.

Saka Ebelo assured that the Commission is continuing to work hard in the fight against corruption and expressed hope that with collective efforts from all, success will be achieved adding that within January 2018 and now, the Commission has so far received 75 petitions out of which forty-five have been charged to the courts.

He also explained further that with the 2019 elections drawing nearer, the Commission has embarked on the sensitisation of the public on the need for people to elect good leaders that will translate to good governance in the Nigerian society.

ALSO READ: We had sex consistently while she was still married to her ex hubby, her second child is mine —Husband

He said the day is not all about the road walk or any other awareness campaign, but that, “we must be seen to be moving forward not backward. All stakeholders must come together in the cause of this fight which is for the common good of all.”

In his remarks, an anti-corruption crusader and former Permanent Secretary in the State, Alhaji Umar Gurama, commended the achievements of the EFCC so far and stressed however that more needs to be done because we have completely lost our value system in Nigeria thus compromising a lot of things in a negative way.

He called for the inclusion of the anti-corruption subject in the education curriculum of the country from the primary school level so that children will be well informed about the ills of corruption as they grow.