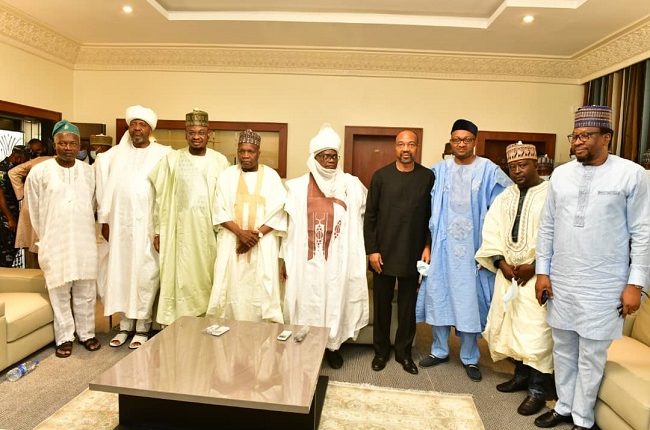 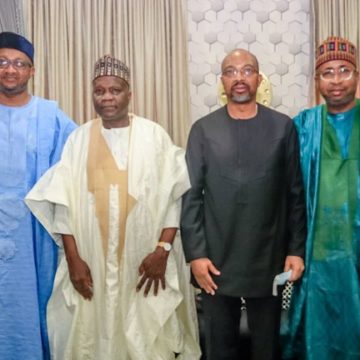 Governor Muhammadu Inuwa Yahaya has assured investors that Gombe State is ready and willing to receive and partner with any individual or group wishing to advance the economy of the state through legitimate business, which will in the long run guarantee job creation and enhance productivity.

The governor stated this when he granted audience to the delegation from Nomier Group, owners of Notore Company led by its chairman Mr Jite Okoloko at the Government House, Gombe.

Governor Yahaya informed his guests that his administration has concluded arrangements and processes for the establishment of the Gombe Industrial park that has provision for agro-allied industries with the compliment of the 40 megawatts Dadin Kowa Hydroelectricity plant.

“So that will be an opportunity for you to expand more knowing fully well that you are equally interested in Agricultural production not only in producing fertiliser and chemicals.

Aside from the Dadin kowa Dam, we have two more Dams making it three altogether, Balanga Dam and Cham Dam and even along the coast of Gongola river basin that comes from Plateau State through Bauchi, through Gombe and ends at Kiri and Numan joining river Benue there is a lot of fertile lands that needs the attention and the cooperation of people that have the knowledge, finances and the capacity to increase productivity.

‘So your idea of coming to see how you can produce rice is a very welcome development to us. We shall join hands with you to achieve that lofty objective.”

He said the location of Gombe at the centre of the North East and being the most peaceful among the six states in the zone with number one status in ease of doing business, places it at a vantage position of production, marketing and distribution.

The governor disclosed that the North East has a market of about 22 million people and that being the most peaceful state, the people inter-relate not only with the remaining five states but with Kano, Kaduna and other parts of the north and Nigeria in general.

“Not only that, Cameroon which is at our southern end through Adamawa and Borno and Chad and even Niger Republic through Yobe and the Borno States are all close to us and we have very good and peaceful business relationship with them but not for the issue of this insurgency which we have been able to overcome and which we are trying to make sure it doesn’t extend to other parts of the North East.”

The governor urged the management of Notore Company Plc to feel free and explore more possibilities because the state is not only blessed with arable land and people but with solid minerals and human resources.

He noted that if such an army of skilled and unskilled youths are left without some form of engagement, they can pose security threat not only in the state but the country as a whole.

“So we will like you to assist and consolidate on business, agriculture and in financial activities and in any other circumstance that you can help us to grow the economy of Nigeria.”

Governor Inuwa Yahaya assured the company that he and those representing the state at the National Assembly and Federal Executive Council are ready to tie their services to the company so that its lofty objectives can be achieved.

Notore Chemicals Industries Plc is one of the leading fertiliser and agro-allied companies in Africa. The principal activities of the Company are to manufacture, treat, process, produce, supply and deal in nitrogenous fertilizer and all substances suited to improving the fertility of soil and water as contained in a statement by Ismaila Uba Misilli, Director-General, ( Press Affairs) Government House, Gombe.

In spite of the huge investment in the water sector by the government and international organisations, water scarcity has grown to become a perennial nightmare for residents of Abeokuta, the Ogun State capital. This report x-rays the lives and experiences of residents in getting clean, potable and affordable water amidst the surge of COVID-19 cases in the state.    Gombe to partner Notore Chemicals Industries Plc on rice production, other Agro-allied ventures to guarantee food security, job creation