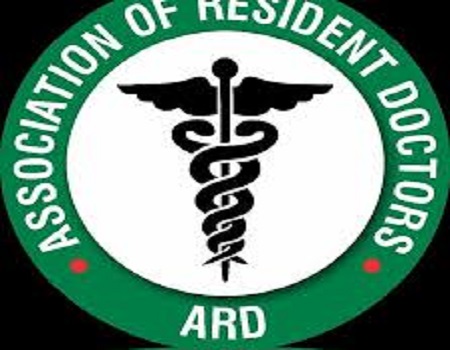 The Association of Resident Doctors (ARD) in Gombe State has embarked on an indefinite strike over working conditions.

Dr Saidu Alhassan, President of the association of resident doctors said during a news briefing on Monday in Gombe that the doctors proceeded on strike after 11 weeks of inconclusive negotiations with the state government.

According to him, members of the association of the resident doctors are facing serious challenges among which is the refusal of the government to upgrade House Officers currently on internship.

It was also over failure to honour Federal Government circular on skipping, leading to the current brain drain in which more than 30 doctors and two consultants had left the services of the state government in the last six months, he added.

Alhassan also accused the state government of failing to “upgrade and promote our members, some of whom are still being paid house officers salary in spite of being medical officers.”

ALSO READ: WHO calls for widespread virus testing as Europe locks down

He said that some of the resident doctors have spent six years while others have become consultants with no complementary allowances.

The ARD president said the strike would go on until the state government respond to the doctors’ grievances.

Reacting to the development, Dr Ahmed Gana, Commissioner for Health told newsmen that the state government was fully aware of the concerns of the association and was doing its best to address the issues.

Gana, however, said that all the problems were inherited by the government, with some dating back to more than three years.

“In spite the financial constraints, the government has already set in motion machinery to holistically address the demands in both short and long terms”, the commissioner said.

According to him, the ministry has taken proactive measures to ensure that the strike does not seriously impact on the delivery of essential services across public health facilities.

WHO calls for widespread virus testing as Europe locks down