Latest NewsCoronavirus
By Tribune Online On May 11, 2020 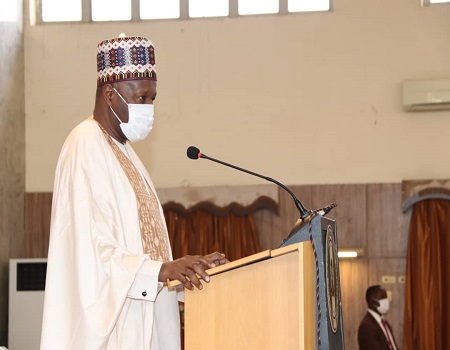 The Gombe State government on Monday warned against any attempt to politicise the fight against COVID-19 in the state.

In an interview with the News Agency of Nigeria (NAN) in Gombe, Mr Ibrahim Kwami, Gombe Commissioner for Information and Culture, said it had become imperative to caution against such attempts.

Kwami stated that the devastating impact of the COVID-19 pandemic on states and countries across the world had made it quite dangerous for anyone to share fake news with political intent about the virus.

According to him, all hands must be on deck in the fight against COVID-19 regardless of political divide because “the virus does not discriminate while killing people.”

“It is unfortunate that in Gombe we politicise everything. Even this issue of the COVID-19 pandemic has been politicised. People look at the government and take things the other way round.

“Many people in the opposition view the successes being recorded by this administration as threats to their political future; therefore they are doing everything to undermine what the government is doing,” he said.

The commissioner said the state government, through the state’s COVID-19 task force, is doing a lot to ensure that community transmission was prevented.

He added that the government is also adequately catering for those whose results had returned positive.

Kwami maintained that the aim of politicising COVID-19 in the state was to discredit the state government and the taskforce.

He said: “Imagine the fake news being circulated that for every positive case, the government gets N10 million.

“There is a trending video where patients in Kwadon Isolation Centre are even saying that the state government is using them as a stock for trade and it is unfortunate because this is not true,” he said.

The commissioner advised anyone circulating fake news for any political reason to jettison such acts, stressing, “this is an issue of life and death and we must not play politics with it.

“We should eschew all bitterness against one another, be it politics or whatever, to join hands to fight this pandemic; otherwise we will one day hold our heads in regret but we don’t pray for that.”