Gombe gov swears in Igbo man, one other as Special Advisers 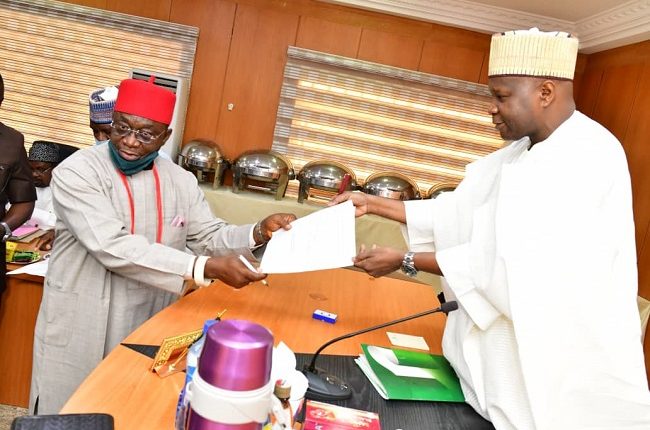 Gombe State Governor, Muhammadu Inuwa Yahaya has described Inter-Community Relations as one area that need to be pursued with all vigour in order to ensure even development in the country.

The Governor made the assertion on Wednesday at the Government House, Gombe during the swearing-in of an Igbo man as Special Adviser, Inter-Community Relations and another person as Special Adviser on Development Control and Enforcement to complement efforts of his administration in ensuring effective and efficient service delivery to the people.

Those sworn-in by the Governor included Prince Chidebelu Cornelius Ewuzie, popularly known as Chimack and Group Captain Peter Bitrus Bilal (Rtd) noting that the Special Adviser on Inter-Community Relations who is well known to many would use his office to unite not only the Igbo speaking community but other ethnic nationalities resident in the state. 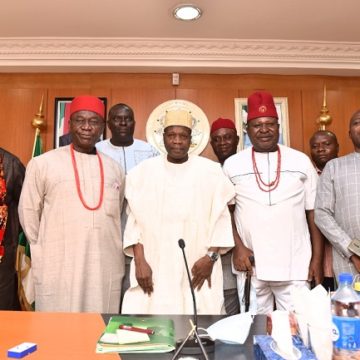 While Speaking at the event, Muhammadu Inuwa Yahaya congratulated the appointees for distinguishing themselves and charged them to bring to bear their wealth of experience and expertise, saying their coming into his administration will impact positively on the execution of Government policies and programmes.

To the Special Adviser on Development Control and Enforcement, the Governor said that “We all know there has to be code of conduct in putting up structures and ensuring compliance to codes and regulations.”

He added that “For us to have cities throughout the state and put up development structures that we can leave as a legacy to our people, we need to have people that are up and doing, hence the appointment of Group Captain Peter Bilal as Special Adviser on Development Control and Enforcement.”

The Governor also said that the development control and compliance unit was established as part of his administration’s determination to transform Gombe State into a model.

In his response on behalf of the two of them, Prince Ewuzie thanked the Governor for finding them worthy to serve the state, assuring the Governor of their loyalty and support in efforts to take the state to enviable heights.

Earlier before the starting of the SEC meeting, Members of the State Executive Council had held a brief surprise session to rejoice with Governor Muhammadu Inuwa on the occasion of his 59th birthday anniversary marked on 9th October as contained in a statement by Ismaila Uba Misilli, Senior Special Assistant, Media and Publicity to the Governor.

The party also said that immediately the Caretaker/Extraordinary Convention Planning Committee was put in place after the NWC’s dissolution, the crises that had characterised its affairs were laid to rest…Gombe gov  Gombe gov

His son, Aminu Shehu Idris, confirmed in an interview with the Tribune Online that his late father who was appointed on 15th February, 1975 and spent 45 years in the throne died on Sunday after a protracted illness…Gombe gov  Gombe gov

A Kano based industrialist, Chief Kalu Ogbonnaya, has advised the Federal Government to take necessary steps to stimulate the nation’s economy to prevent a recession post COVID-19…Gombe gov Gombe gov