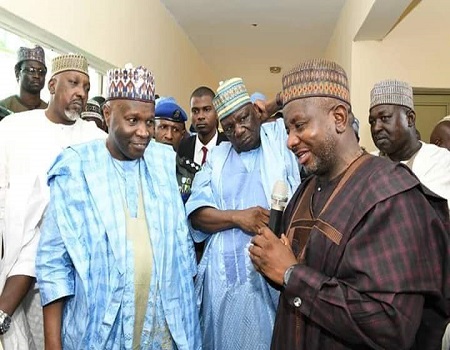 Gombe State Government has donated over 100 hectares of land for the smooth take-off of the newly established Federal Polytechnic, Kaltungo, recently approved by President Muhammadu Buhari.

The State Governor, Alhaji Muhammad Inuwa Yahaya stated this when the Federal Government Committee on the take-off of the Federal Polytechnic Kaltungo paid a courtesy call on the Governor.

The governor stated that the Model School Kaltungo which will serve as the Polytechnic’s temporary site while another plot of land measuring over 100 hectares has been donated by the community for the institution’s permanent site.

According to him, “more than fifty hectares was requested for the Polytechnic but I’ve been informed that it is even more than a hundred hectares and the host community is ready to give all that is needed to for the school to have a smooth take-off”.

Governor Inuwa added that “Your job has been simplified and we are very happy and passionate about the take-off of the Polytechnic. I will personally lead the team to go to Kaltungo to see the site”.

Earlier, the leader of the Federal Government Committee and Permanent Secretary, Federal Ministry of Education, Architect Sunny Achonu who was represented by the Secretary of the National Board for Technical Education, Dr Mas’ud Adamu Kazaure, said the committee was in Gombe as part of commencement procedure for the Polytechnic.

He said, “We have come to intimate His Excellency that the President, Muhammadu Buhari has assented to the bill passed by the National Assembly for the establishment of the Federal Polytechnic Kaltungo”.

We are committed to delivering affordable education ― Gov Sule