God is angry with us in Nigeria —Pastor Akinade 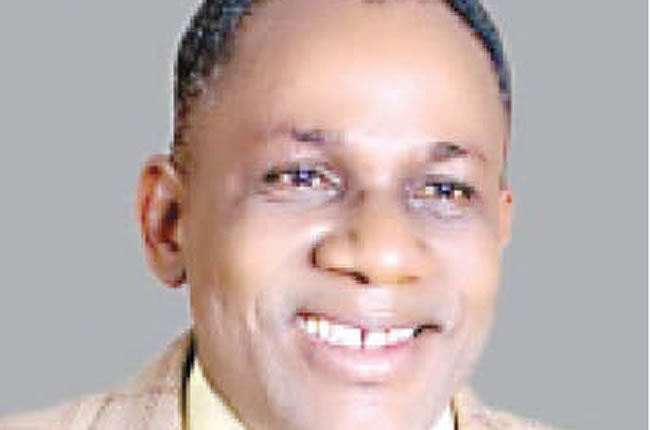 Pastor Joseph Akinade is the senior pastor of the Christ Apostolic Church (Eagle’s Wings), Iyana Church, Ibadan, Oyo State. In this interview by SEYI SOKOYA, he speaks on national issues and his experience in the vineyard.

What is the role of the Church in restoring absolute peace in the country following protests by youths’ over their discontentment with bad governance?

I want to urge all churches in the country not to relent in their prayers for peace to reign in the country. This country needs special prayers. What is going on in Nigeria now is not normal and it’s unusual. This means we need fervent prayers. If Christians and the church at large do not pray now, it will bounce back on us. There is a certain spirit involved. Before you become a leader in Nigeria, you become very nice, but immediately you get to the position, your attitude will change. You may not even know your pastor again. You only make promises without fulfilling them. Before the next election, we need to talk to Christians in politics so that if any pastor wants to pray for any politician, he would need to be very careful because clerics that did so in the past are being affected now. For instance, people believe that the vice-president didn’t get enough mentorship from Pastor [E.A] Adeboye, which is no fault of the notable cleric. Religious leaders are doing their best and playing their roles well. The Church needs to be vigilant and prayerful at this time.

The vice-president of the country is a cleric, and with all that has been happening, he has been getting a lot of backlash from people. So, would you say it is right for clerics to still dabble into politics with all the challenges that come with it?

It is very right to go into politics. If we say Christians should not go into politics that means we won’t have any say in the affairs of the country. I see Vice-President Osinbajo as a representative of Christians in government, but the problem we have is that he is not allowed to perform as he would want to and people are aware of this. If he tries to do more than he has done, we don’t know what may happen. Above all, it is very good for Christians to go into politics. As for me, I don’t know anything about politics; some take it as a profession. If any member of my church is in politics, the church will enjoy and pray for him, till he gets to the position. It is good for Christians to go into politics, when we say ‘Christians’, I mean the born-again Christians. The world has turned upside down now, and it is only our prayers as good Christians that can transform the country. We have also failed as a church because we are not doing the right thing. It is one thing to get there and start misbehaving, but if our prayers go with them, they will do well.

2020 has been tough for Nigeria; we started with so many expectations. Early in the year, the coronavirus pandemic came and it caught everyone unawares. Thereafter, the country was overwhelmed by youth protests. Now, that the year is coming to an end, a lot of people are very skeptical about 2021. As a cleric, what should we expect in the remaining part of this year and the incoming year?

It is God that is angry; He is proving Himself to everyone that there is nobody above Him. God has proved to everyone that He is the only one that can say yes or no. He is superior to all prophets and clerics. No one ever envisaged that we would have another serious crisis after the pandemic. He is angry because we are full of sin in Nigeria. The blood of the innocent is troubling the country. Many lives of innocent souls have been cut short. This is one of the reasons God is angry. All we need is to pray for forgiveness.

Where were the prophets during the pandemic? Who could boldly come out and say that the pandemic would end at a particular time? Nobody! God proved Himself that He is God. I cannot say what will happen in the remaining days of this year but we are praying for Nigeria for a divine change. The situation of things in the country is getting worse. The Book of 2 Chronicles 7:14 says “If my people, which are called by my name, shall humble themselves, and pray, and seek my face, and turn from their wicked ways; then will I hear from heaven, and will forgive their sin, and will heal their land”. The whole world is facing a great challenge, yet the coming of Jesus is at hand. If you read the Bible very well, His coming is at hand. Happenings around the world are obvious signs that the second coming of Christ is at hand.  But I pray that normalcy will be restored in the country by God’s grace. Any prophet predicting or proclaiming what will happen in the remaining year or thereafter is lying.

Not many are aware that you have launched your own ministry despite the fact that you have been trying to project the ministry of your late brother and popular cleric, Prophet Olufemi Akinade, popularly known as Baba Lion of Judah. What actually happened?

I give all glory to God for His marvelous works as well as fulfilling his covenant in our family. I bless God for keeping the covenant He had with my mother. She pledged that all her offspring will work in His vineyard as a seal on her prayer request and God answered. So, I am not surprised that we all the children, including the females, are clerics. Personally, I never envisaged that I was going to be a cleric because I was troublesome, but the covenant of God eventually prevailed and my mother was full of joy the day I was ordained a pastor. So, it was not difficult for me to forge ahead when my brother passed on. It was a painful experience, but God knows best. The work of God has continued to progress since he left and his ministry is still moving forward. It is true that God has established my own ministry which clocked one year just last week. I never planned this, but the incident that happened last year led us to move on. It is a family matter which I will not like to discuss here. I want to state categorically that I hold no grudge against anybody. Everything that happened worked together for the glory of God. Immediately after the incident, God revealed to me that it was not over and He said to me that He was going to make me soar like an eagle and this is where the name of the ministry came from and we established our own church called Christ Apostolic Church (Eagle’s Wings) and we clocked one year just last week.

How has it been and what are your plans to move the church forward?

Though the journey was rough and challenging, we enjoyed God’s backing and we are indebted to Him for His faithfulness. CAC Eagle’s Wings is a testament of God’s raw miracle to mankind and the vehicle to propagate the gospel of Christ as well as to liberate lives.

As the Assembly pastor of this mission, the church could not have experienced a steady growth without the support and cooperation of some people God surrounded me with, including ministers of the gospel, elders, deacons, deaconesses and the entire members whom God used to encourage us. I would have wished to mention names but those people may not like it. My prayer is that God will answer all their secret prayers and bless them abundantly in Jesus’ name. I also want to appreciate ministers of God that visited and called to encourage and pray for us. I thank my darling wife, Evangelist Olubukola Rachael Akinade (Senwele Jesu), and my children for their support and encouragement.

The power of education