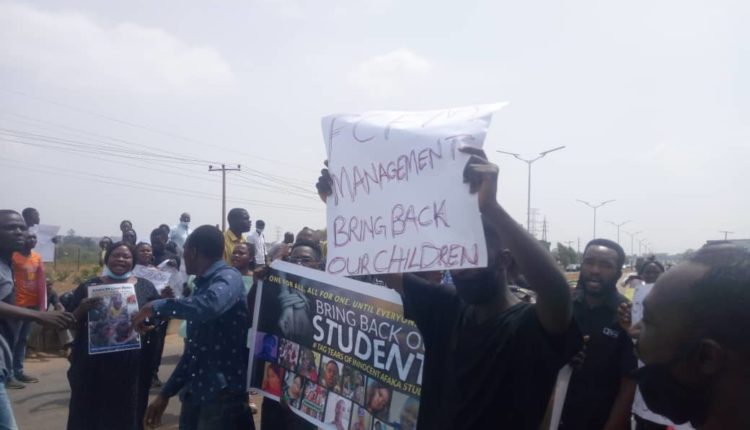 The parents of the 39 abducted students of Federal College of Forestry Mechanisation at Afaka in Kaduna State have said the continued silence over the abduction of their children by authorities is acceptable.

In a press conference in Kaduna on Monday, the chairman and Secretary of the forum of parents, Kambai Sam and Friday Sanni, said they can’t explain the pains parents of the 39 abducted students are passing through every day.

According to Sanni: “You would recall on the night of 11th March, 2021, gunmen invaded the Federal College of Forestry Mechanisation and abducted 39 students of the institution at gunpoint.”

He said the bandits had a field day on the night of capture and for over an hour carried out their activities largely unchallenged until the military came after the students had been taken out of the college through the perimeter fence.

“Not a single one of the 39 abducted students has been rescued. We have put our trust in the government and school authorities to rescue the students in good time and safely, but that has not happened.

“We have therefore called for this press conference to call the attention of government at state and federal levels and all stakeholders involved and indeed the world, to act with dispatch to ensure the immediate and safe release of our children.”

Chief Gabriel Ohwo, man who watched over Awo in Calabar prisons, dies at 91