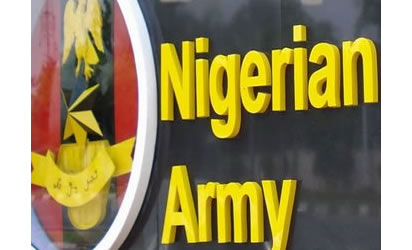 Deputy Director of Army Public Relations, Colonel Aminu Iliyasu, made this known in a statement made available to Saturday Tribune.

Born in Port Harcourt, Udoh, a seasoned and professional Infantry officer, started his military career from the Nigerian Military School (NMS) Zaria in 1978 from where he proceeded to the Nigerian Defence Academy (NDA) Kaduna in 1984 as a member of the 35th Regular Combatant Course where he was commissioned as a Second Lieutenant on 20 December 1986.

He was also a veteran of many military operations both within and outside Nigeria, including Operation LAFIYA DOLE in Maiduguri, Borno State where he led the army troops to recaptured Ashigashiya, Chibok, Monguno, Marte, Krenuwa, Bita, Chikun Gudu, Cross Kawa and other areas from Boko Haram terrorists.

A recipient of the RIVER NIGER STAR (RNS) for his gallantry against terrorism, the new GOC, before his recent appointment, was the coordinator, Defence Headquarters Campaign Planning Cell.

One feared dead as Customs, smugglers clash in Owode, Ogun