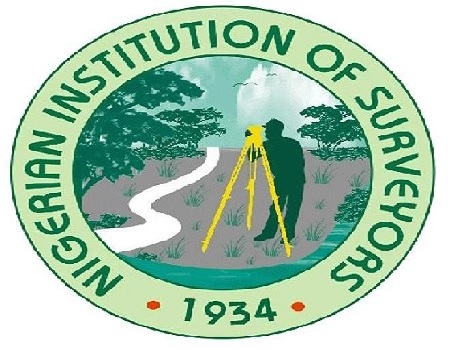 The Oyo State chapter of Nigerian Institution of Surveyors (NIS) has tasked the state government led by Seyi Makinde on measures to put in place for the state’s Internally Generated Revenue (IGR) to go northwards.

These measures were contained in a blueprint for the policy direction of the state, which the institution made available to journalists over the weekend, in commemoration of the 2020 Global Surveyors’ Day. The celebration which started in 2018 takes place on March 21, annually, to celebrate the impacts of surveyors globally, and also bring to the front burner developmental issues underpinned by the profession.

Addressing a press conference at the institution’s headquarters in Ibadan, the chapter’s President, Surveyor Aderemi Kobiowu, said this year’s celebration was not elaborate as a result of the COVID-19 pandemic. He however assured that the critical role the institution plays will never be dampened by any challenge Nigeria is facing currently.

Advising the state government on how to spike its IGR, the president said the regularisation of title document and building plan for existing buildings would, no doubt, push the state’s revenue northwards. “There are several structures without development approval, thus contravening the physical planning law. This development had deprived the government revenue that could have accrued to her from the process of obtaining the development approval,” the blueprint said.

On the other hand, the institute asked the government to regularise the illegal occupation of government acquisition. There has been illegal encroachment into government acquisitions with no statutory documents necessary for development. The institution, however, advised the government against demolishing the structures, which it described as illegal, noting that many people would be plunged into untold hardship as they would lose means of livelihood. This gap, it thinks, the government can mine to boost its revenues. “In Ajoda new town alone, there are over nine thousand illegal occupants, from the ratification exercise, the state government can generate about N1 billion.”

The issuance of certificate of occupancy is another way, the institute said, Oyo State government can boost its IGR. Beyond the revenue drive, the institute said, it would help encourage investors to come to the state as well as enhance the state’s position on ease of doing business. “The availability of the instrument would enable investors to have an assurance of the genuineness of the land they are intending to acquire for their business activities and ensure access to credit facilities.”

It also urged the government to implement the state’s building code and curb the spate of building collapse in the state by constituting a team of professionals to monitor and ensure the quality and standard of buildings being erected in the state, especially in Ibadan, its capital.

The need to ensure the quality of roads constructed and rehabilitated in the state also got the institution’s attention as it urged the government to make sure roads constructed at all levels in the state meet international standards. Other issues like equipping the GIS department of the Ministry of Lands, Housing and Survey, the establishment of boundary commission, forestry acquisition, one-kilometre acquisition along the corridor of the Ibadan-Lagos railway corridor, and the dearth of surveyors at the local government were captured in the document sent to the state government.

Also speaking at the event, the chapter’s secretary, Surveyor Adefabi Dasola, said NIS has put in measures to fight quackery while advising the general public to always engage the services of qualified surveyors.

Devaluation of naira was hasty ― Uwaleke

Association tasks FG on involvement of women in surveying