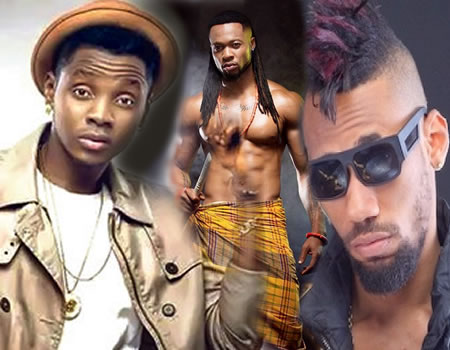 The telecommunications firm, in a statement released in Lagos on Friday said the FESTAC show would be held at Golden Tulip Hotel, and that the cream of Nigeria’s music industry would be on hand to thrill guests to an evening of fun.

On the eligibility to attend the show, Globacom stated: “The show remains free, as all any subscriber wishing to attend the  event needs to do is to use airtime worth N2,000 in a month for data or voice and send SMS “MUSIC FESTAC” to the short code 207”.

The company explained, however, that  those who did not meet the requirement could also be part of the fun. Such people and new subscribers will be given tickets to enter the venue “provided they recharge card worth N2,000 at the venue.”

According to Globacom, other artistes who will attend the concert include: Mercy Johnson-Okojie and Juliet Ibrahim who will anchor the show as well as Odunlade Adekola, Patience Ozokwor, and Richard Mofe-Damijo who will make celebrity guest appearances. DJ Neptune will be the disc jockey at the show.

There are indications that the show will be as entertaining and action-packed as previous ones held by the company. This was confirmed by some of the artistes. Olamide said, “I am highly excited to be back to the crew of the Glo Mega Music Nationwide Tour having been out of the last two shows, and I want to use this medium to assure my fans in FESTAC area and beyond that it is going to be real wavy level on Saturday, and I encourage them to come out in their numbers to be part of the fun as nobody does it better than Globacom.”

Similarly, Reekado Banks declared that: “It is going to be fun all through as all the artistes performing are world-class in their own ways and they are all on fire.”

Yemi Alade performs in hometown, says “My late father would have been proud”

Yemi Alade performs in hometown, says “My late father would have been proud”

Musicians should not see themselves as competitors — Ebenezer Obey