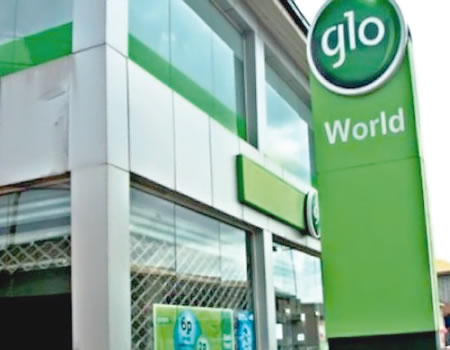 The 30-minute magazine programme, African Voices Changemakers, sponsored by Globacom on the Cable Network News, CNN, will this weekend showcase three Reality TV show hosts to the delight of millions of Nigerians, who stay indoors in line with the lockdown being observed in many parts of the country to help check the spread of the COVID-19 pandemic.

Of the trio, two, namely: Seyi ‘Shedams’ Olusore and Olawunmi ‘Olah’ Oyedeji, are Nigerians and they will be joined by a Kenyan, Patricia Gichinga.

In the course of the programme, viewers will be serenaded with the inspirational stories of  the three young Africans, who are making waves on the continent through their unique  reality television shows.

The first of them, Olusore, is a popular fitness trainer and the brain behind  Nigeria’s first Weightloss Reality TV Show, tagged The faSttest Shedder. As one of the show’s official trainers, the talented TV personality is expected to give viewers  a behind-the-scenes look at the 90-day intensive weight-loss show.

A graduate of Computer Engineering from the Covenant University, Olusore detoured into fitness training and became a Certified Health & Wellness Expert of Arizona State University and a Certified CPR/AED/First-Aid from the National CPR Foundation, USA.

The second Nigerian billed to talk on the show this weekend is Olawunmi Oyedeji, a business development  manager, director, producer, TV content creator and film maker. He is the creator of Nigeria’s ‘Try My Job’, a reality television show aimed at tackling social justice issues and unemployment using entertainment as a major tool. His TV programme is endorsed by the Lagos State Ministry of Wealth Creation and supported by Ford Foundation.

Oyedeji is also the creator of Project Renew  which is focused on renewing the minds of the average Nigerian starting from the grassroots through a three-pronged programme that includes seminars, skills acquisition and talent hunt.

The last of the guests on the programme, Patricia Gichinga, from Kenya, is the Head Producer, Mediae, Kenya. She will talk about her farming TV reality show, Shamba Shape Up, East Africa’s leading agricultural TV program. It is a reality make-over show filmed on smallholder farms addressing the problems of the farmers in order to increase production and encourage farming as a business in Kenya and Tanzania. The programme covers over 8 million households each week, using English and Swahili Languages.

My husband gets drunk, defecates in my pots, woman tells court

COVID-19 lockdown: We can’t be caged for nothing, Adamawa residents cry out