• Wants end to discrimination against women 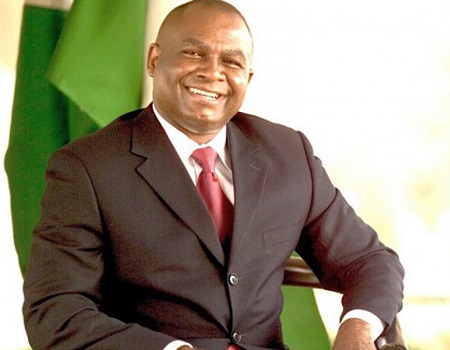 As the world commemorates the 2019 International Day of the Girl Child today, Chairman, Senate Committee on Integration and Cooperation in Africa/NEPAD, Senator Chimaroke Nnamani, has advocated for legislation to eliminate all forms of discrimination against women and the girl child.

Nnamani, the former Enugu state governor in a statement he personally signed also canvassed for the elimination of negative cultural practices against girls in line with the Beijing Declaration and Platform for Action of 1994 adopted by the Fourth World Conference on Women with representatives from 200 countries, including Nigeria.

On the theme for this year’s celebration, “Girl-Force: Unscripted and unstoppable”, Nnamani said that Nigeria needed to do more to advance the rights of women and girls and promote gender equality.

In his own way of associating with the girl child, Senator Nnamani revealed his intention to pay the West African Examinations Council (WAEC) fees for all female students taking the exams in 2020 in public schools in his Enugu East Senatorial District.

Nnamani said that specific actions needed to be taken to end violence against women and girls, in health, education, skills development and training as well as economic exploitation of child labour and protect young girls at work.

He bemoaned the incessant sexual harassment against girls especially in the tertiary institutions saying that all forms of violation against women must be condemned.

The former governor of Enugu State also called for the promotion of women and girls involved in the politics and governance of the country and the implementation of the 35% affirmative action for women in political appointments.

Buhari pledges to beam searchlight on cost of governance