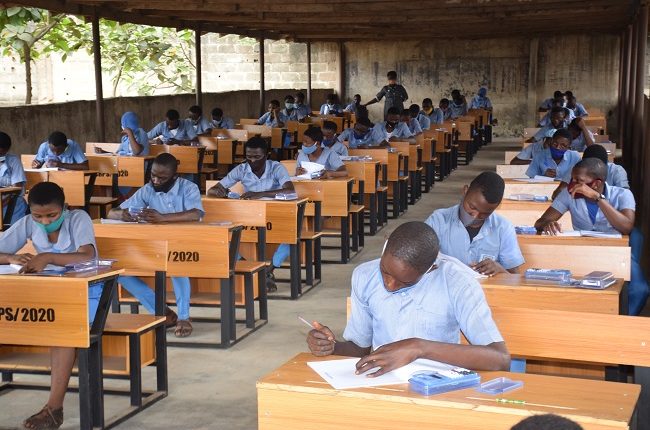 NIGERIA Union of Teachers(NUT) and a cross section of parents have described the performance of students from Ghanaian schools in the 2020 school-based West African Senior Secondary Certificate Examination(WASSCE), beating their Nigerian counterparts as not only a wake-up call but also a big shame.

They said the development was a pointer to the fact that something is wrong with the Nigeria educational system while Ghana as a country and its people give deserved more priority to education than Nigeria and three other member-countries of WAEC, namely Sierra Leone, Gambia and Liberia.

It will be recalled that the trio of Cecil Tetteh Kumah, Godfred Aseda Obeng and Miss Afua Manukure Ansah all from Ghanaian schools took first, second and third position respectively in the last year’s May\June WASSCE.

They were rewarded for their outstanding performances with WAEC International Excellence Awards at the recent 69th annual council meeting of the organisation in Accra, Ghana.

Even the Augustus Bandele Oyediran Award for the overall best candidate in the examination also went to a Ghanaian, Cecil Tetteh Kumah.

It will also be recalled that a total of 2,122,844 candidates from across the five-member countries sat for the examination, in which Nigeria presented more than 68 per cent of the figure.

Reacting separately to the development in exclusive interview by the Nigerian Tribune, the secretary- general of NUT, Dr Mike Ene and the national president of the National Parent- Teacher Association of Nigeria, (NPTAN), Alhaji Haruna Danjuma as well as the former Southwest coordinator of NPTAN, Deacon Olusoji Adams, said for only Ghana winning gold, silver and bronze medals in the same examination written by countries like Nigeria which presented almost about 70 per cent of the total candidates is not good enough for Nigerian image.

While blaming the poor outing on some factors, including teachers, parents, students and the society at large, the lion share of the blame was put on the government across levels.

They lamented that the Nigeria education system is characterised by incessant strikes by various academic and non-academic workers from the university to primary schools, poor infrastructural facilities and learning tools, low morale of workers, students laziness, and above all, poor government funding.

They said until the government approaches the issue holistically and seriously, Nigeria will continue to lag behind in the education sector and the whole economy.

The NUT scribe explained that gone were the days when standard of education in Ghana was below that of Nigeria.

Ghana had to strive to make things work to the extent that the country is now attracting many international students including Nigerians into its schools while only a few foreign students, if any at all, come to study in Nigerian schools.

“So, it is all about vision, about political will, determination and commitment particularly on the part of the government,’ he added.

Ene said it was absurd that some state governments which are complaining of money would still leave the money meant for school development with the Universal Basic Education Commission (UBEC) just because they lack the will to provide the matching grants to access the fund.

He said while other agents would need to also double up their efforts, the government at all levels and their education agencies would need to sit up and be livelier to their responsibilities to move the sector higher and appreciably so that Nigeria will  the produce best three in the future editions of the examination.