Ghana at 63: Nkrumah still at work 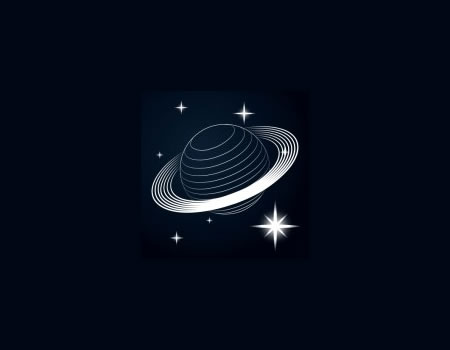 February 24, 2020, slid into history again a couple of days ago, hardly remembered by many as the 54th anniversary of the military coup that toppled Kwame Nkrumah as Ghana’s president and temporarily halted the greatest anti-colonial move of the era. The putsch came just when the Black Star nation was preparing to celebrate nine years of liberation from its imperial lords in London. The rest of the free world across Africa and beyond which had been thrilled by Nkrumah’s bold experiment in post-colonial sovereignty were also eager to felicitate with the Ghanaians. A high conspiracy of local malcontents and elements of the international community, notably the Central Intelligence Agency, CIA, of the United States, infiltrated Ghana’s military and the Police to subvert the Constitution for a coup in the early hours of Thursday, February 24, 1966. The Pan-Africanist Nkrumah had left the country three days earlier for Hanoi, seeking peace in the Vietnam War.  The coup makers and their foreign partners sought to stop the trajectory of the anti-imperialism struggle which Nkrumah and his wildly popular Convention Peoples Party, CPP, supported by the masses, had embarked upon right from Day One of Ghana’s Independence on March 6, 1957. Nkrumah, taking over from the Great Zik of Africa, Nnamdi Azikiwe of Nigeria announced in his first Independence speech that March 6 was only the opening salvo against colonialism in Africa. He would employ the resources of the newly freed state to encourage others on the continent to break away from the ideological, political and economic yoke of the Western world that had prevented them from surging into greatness. He would, if the circumstances permitted, contribute men and women of Ghana’s Armed Forces to fight for the armed liberation of sister African nations. He would make Ghana the Mecca of the world for all oppressed black peoples.

Ghana, with a population of only 6,068,997 at Independence in 1957, was ready to take on the burden of the entire African people, including those in the diaspora. Nkrumah had studied in the United States and been exposed to what the Americans themselves taught the world about personal emancipation. The Statue of Liberty says it all: ‘’Give me your tired, your poor, Your huddled masses yearning to break free, The wretched refuse of your teeming shore, Send these, the homeless, tempest-tost to me, I lift my lamp beside the golden door.’’ Millions worldwide have heeded the call of the Statue since its dedication in 1886. They troop to the United States of America, escaping destitution and hardship of different shapes.  Osagyefo Dr. Kwame Nkrumah’s speech in 1957 was also welcomed as a call on all Africans searching for fresh breath of freedom to head for Ghana. The country was the first black nation to unbind its umbilical cord from the United Kingdom. But Nkrumah said that wasn’t enough satisfaction. March 6, 1957 wasn’t final, wasn’t meaningful, wasn’t complete, unless it was ‘’linked-up with the total liberation of Africa.’’ March 6, 1957 must be the precursor of more independent African nations, must be the ‘voice of one crying in the wilderness’ opening the way for the ‘’wind of change’’ UK Prime Minister Harold Macmillan spoke of in apartheid South Africa when he visited in 1960.

Many commentators have tried to brush aside the impact of March 6, 1957, preferring to insist that it was the UK leader’s ‘wind of change’ address before the lawmakers in South Africa that led to the push for, and independence in 1960 of several African countries, including Nigeria. Nkrumah’s Ghana adumbrated it; Macmillan was a late convert, after he saw what a free black nation could do with wealth not tethered to colonial control and manipulation.

The Western powers had to bring down Nkrumah.  They needed to sell the message that the Black Race wasn’t mature for self-rule. A failed Ghana, under a ‘hater’ of the colonial masters, would be the ideal intimation. But the first nine years of Ghana’s Independence under Nkrumah have proved a golden age of the country. What he brought forth to nurse the nation out of exploitative misery at the hands of the domineering tyrants have endured. He introduced fee-free education in the early stages of the school system. He established the Workers College that enabled adults who missed the classroom benefit from education. As far back as the days of Nkrumah in the late 50s and early 60s, when small African countries were not encouraged to establish them, Ghana already boasted three multi-disciplinary universities.   Ghana invested massive resources in the people and in infrastructure such that today, several decades after, many trace the country’s giant strides to the good start it got from its leaders. The people didn’t mistrust their leaders on account of corruption in handling public trust and fund. Well, a succession of military juntas and civilian administrations that began with the Ankrah regime, followed by its offshoot, Afrifa’s, then the Busia republic, which was toppled by Acheampong in 1972, Akuffo-Addo, all came to reverse Ghana’s fortunes. These were all farcical arrangements which introduced fatal strains of corruption into the Ghanaian society, notably kalabule, a strange form of indiscipline and high graft combining nepotism, cronyism and abuse of office through ‘bottom power’.

Finally, the mother of all coups came in the June Revolution of 1979. Its leader, JJ Rawlings, brought back honour to this battered land called Gold Coast before Independence when Nkrumah’s era named the land after a great medieval empire in the Sahel region of Africa. He halted Ghana’s decline. The country had gone to the dogs. Its virile young men and women abandoned their land to flood the West Coast, especially Nigeria, where they lived in the shadows as prostitutes and dodgy artisans and teachers. After the summary execution of the past military rulers and top generals, Rawlings, dubbed Junior Jesus, began sanitizing Ghana’s politics. Rawlings’ intervention first installed President Hilla Liman. He failed the nation and was removed in a famous coup that returned Rawlings to power. He resumed the cleansing of the Augean Stables. Rawlings is accused of raw tactics in dispatching perceived enemies of the state, his military predecessors in particular. But he counters by saying they deserved the executions, because the public funds they stole translated into the hospitals, drugs, schools, roads etc. which were missing, which they never provided, which in turn led to mass deaths. He claimed that he instilled ‘holy fear’ in public office holders and other such aspirants. The talk of the town in Ghana since the Rawlings Revolution is that when there is a temptation to steal public money, the Rawlings spectre is invoked: Beware, a Rawlings might spring up again some day!

Ghana has been named among the world’s fastest growing economies in recent years, despite the setbacks of years of military breaches. Why? The experts say the country enjoys a stable and secure society they trace to the ‘big leap’ Ghana had in the early days of its statehood.

So how come Nigeria and some other slack black nations have not settled for such sublime leadership and polity to make us soar like eagles? One reason is, in the case of Nigeria, we didn’t duplicate the progress in the regions at the centre. Nor were these regions allowed to sustain the pace of feats they had recorded. Another is that we haven’t had a strong personality to address the misadventures of the military the way Ghana had when the soldiers bloodied and trashed the federal system.

Ojewale writes in from Lagos