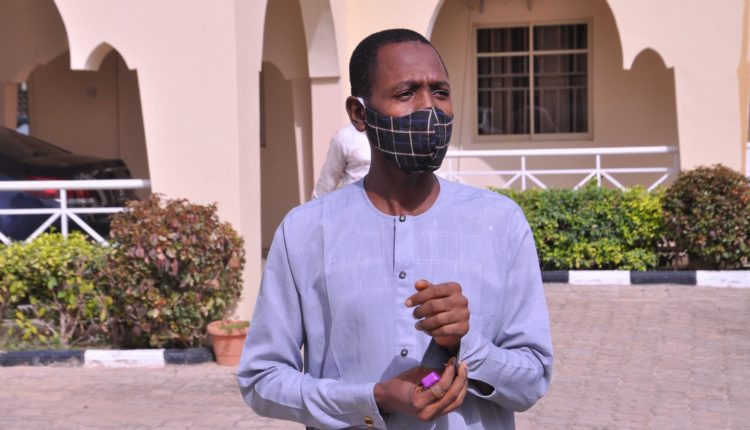 A former judiciary officer in Borno State  has been sentenced to 16 years imprisonment for defrauding 194 widows to the tune of N781,800 through a forged food collection card in the name of a non-governmental organisation.

The man, Ramat Muhammed, alias Ghaddafi, according to a statement by the Economic and Financial Crimes Commission on Thursday, was jailed by Justice Umaru Fadawu of the Borno State High Court after he was found guilty of two count-charges bordering on obtaining by false pretence and Advance Fee Fraud and other Fraud related offences. brought against him by the Economic and Financial Crimes Commission (EFCC).

According to the statement by the anti-graft agency, trouble began for Ghadafi when he forged and sold a Food Collection Card in the name of a non-governmental organisation (NGO) to 194 widows to the tune of N781,800 and failed to deliver food items to them, leading to his arrest and arraignment in court.

Count one of the charge read: “That you, Ramat Mohammed (alias Gaddafi), sometime in December, 2018 at Maiduguri, Borno State, within the jurisdiction of this court with intent to defraud obtained the gross sum of N781,800.00 from 194 widows of Fissabi-lillah Islamic School.

“You did this under the false pretence that the entire sum represent payments for registration/eligibility for a programme by a Non-Governmental Organisation (NGO), Action Against Hunger (A.A.H) at Auno Town of Konduga Local Government area of Borno State, which payment will entitle the said women to be issued a special card for various food items.

“This you knew to be false and thereby committed an offence contrary to Section 1(1) (a) of the Advance Fee Fraud and other Fraud Related Offences Act, 2006 and punishable under Section 1(3) of the same Act.”

After the charge was read to the convict, he pleaded guilty to the charges.

Justice Fadawu sentenced him to eight years imprisonment on count one and another eight years on count two and ordered that he should spend the term in any prison in the state.

“The court orders you Ramat Mohammed (alias Gaddafi) to pay the aggregate sum of N781,800 to 194 women of Fissabi-lillah Islamic School.”