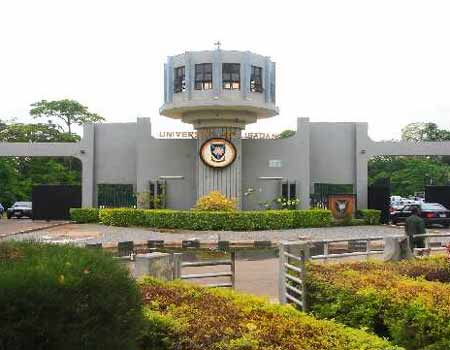 ART performer and Deputy Director of Media Centre, University of Ibadan, Ropo Ewenla, has said that genuine poetry has always opposed violence in its direct and oblique, tangible and intangible forms, and that more than ever, needs today to raise its profound human voice against all forms of violence.

He said this while delivering a keynote address entitled, “Poetry against Dictatorship” at the 2018 Femi Osofisan/the OkinbaLaunko Poetry Festival (FOLFEST) organised by Poetry Enclave (POEN), Ibadan, at the Wole Soyinka Theatre, University of Ibadan.

He stated that dictatorship is characterised by a tendency to supress freedom of thought and speech of the masses in other to maintain political and social supremacy and stability.

Ewenla noted that during dictatorship, people are randomly arrested with or without charges and that these situations make them go to the extreme of their emotions. “In so doing, battles that cannot be waged at the barricade are waged with poetry,” he stated.

He stressed that poetry is not to power what poetry is to the proletariat and vice versa. “When poetry confronts power with the putrefaction of its poise, it is most likely to elicit unsavoury consequences,” he said.

The celebrant, Professor Femi Osofisan, while giving his speech, thanked POEN, Ibadan, for honouring him with the festival. About poetry and dictatorship, he said, “I know that the usually interpretation of dictatorship is about political power, but i want to point out that there is also a dictatorship of self, and that what we are suffering at this moment is that kind of dictatorship.”

In his welcome address, Ebika Anthony, the president of POEN described Osofisan as a foremost playwright and exemplary essayist. “On the other hand, he is the OkinbaLaunko, a spectacular poet and a well-cherished prose writer of social commitment fame,” he added.