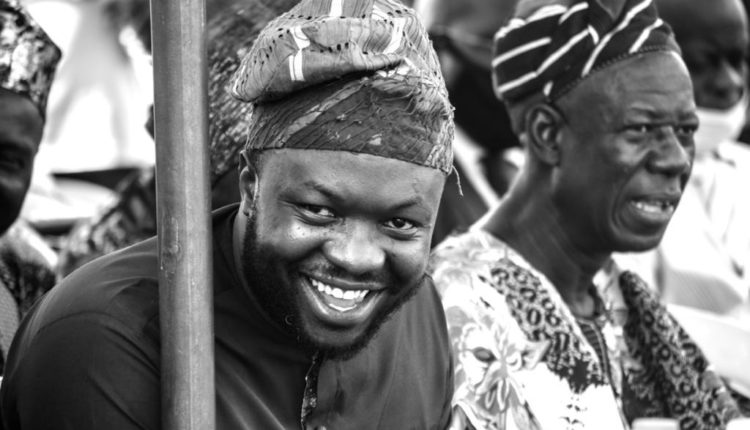 The centre named “Igboho Maternal and Neonatal Health Complex” is a project of the Olumide Ojerinde Foundation aimed at bridging the gap of the non-existing maternity centre at the hospital.

Ojerinde’s senior legislative aide, Abayomi Ogunnowo, who spoke on behalf of the lawmaker, explained that the Olumide Ojerinde Foundation, during its executive council meeting approved the building and donation of a standard maternity center in the Igboho, Igbeti and Kisi communities.

He said the federal lawmaker representing the people of the mentioned communities in Oyo State, “uses the foundation-laying to register the intention of the foundation basically to compliment the work of Oyo State government as we plan to build and donate a maternity and pediatric center in the three General Hospitals.”

Ojerinde explained that “this is not a constituency project but an initiative of the Olumide Ojerinde Foundation Project to give back to our people what is due to them.”

He said the Olumide Ojerinde Foundation is “a community-based humanitarian foundation created to promote our culture, tradition and socio-political and economic interest of the people of Irepo, Oorelope and Olorunsogo communities.”

The Chairman, Ifelodun Omo Igboho, (the umbrella body for all sons and daughters of Igboho), Alhaji Azeez Aderoju, praised the foundation’s initiative and gesture, and noted that health was the bedrock for all forms of advancement. Alhaji Aderoju urged all sons and daughters of Igboho to be praying for Hon Ojerinde to be able to complete the project for further successes in the future.

Speaking on the occasion, Deacon Simeon Alaba, a chieftain of the All Progressives Congress (APC) in the state said the occasion was “both historic and unique as projects of such magnitude were rare”, saying Olumide Ojerinde “is a true son of his father who is always thinking of the progress of his constituency and community.”

The Chief Medical Director of the General Hospital, Igboho, Dr Adeagbo, who spoke on behalf of the Oyo State Ministry of Health, said with the gesture, Hon Ojerinde had keyed into the Federal Government’s policy of joining in the effort to eradicate maternal mortality in Nigeria.

Dr Adeagbo said policy which was launched recently had been given a boost by the federal lawmaker “who is the first person to do such in Nigeria”, and therefore lauded Ojerinde on behalf of the Ministry of Health and the Oyo State Hospitals Management Board.

The foundation laying was performed by Alhaji Aderoju and was supported by a representative of the Ojerinde family, Pa Moses Odekunle; the APC leader in Oorelope Local Government, Deacon Alaba, Dr Adeagbo.

The exit of Jerry Rawlings