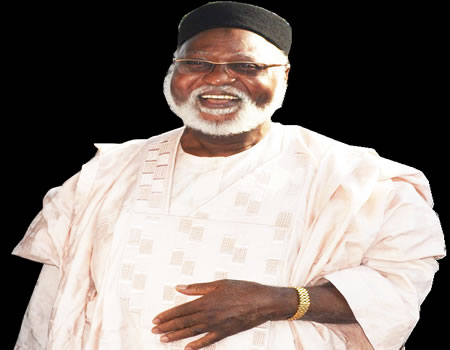 FORMER military head of state, Gen. Abdusalami Abubakar (rtd) on Monday narrated how former President Goodluck Jonathan was persuaded to concede defeat to President Muhammadu Buhari after the result of the 2015 Presidential election was released.

Abubakar, who spoke at the 2018 Annual General Conference of the Nigerian Bar Association (NBA) noted that the beginning of Africa’s political problems was the attitude of its leaders who do all they can to amend the constitution in order to “sit-tight” in government.

“These leaders have the tendencies to manipulate very vital democratic organs, particularly the legislature and even sometimes, the judiciary to suppress any dissenting voice.

The former military head of state, who delivered a keynote address on “Political Transitions in Africa: Lessons to Learn” gave credit to former President Jonathan for not only conceding defeat but for congratulating President Buhari who was a candidate of the ‎opposition party.

According to him, ” All analysis of political trends in the run-up to Nigeria’s 2015 ‎national election pointed to above scenario playing out. Very early on, I teamed up with some well-meaning non- partisan stakeholders and elder statesmen to engage the key contestants and party leaders with a view to forestalling such a scenario.

“Under the auspices of a peace initiative, we brokered the acceptance by leading contestants of some form of a Memorandum of Understanding with them to agree to accept the outcome of the elections, preach cordiality in relations and conduct peaceful campaigns.

“It is gratifying to note that, courtesy of our humble effort and the goodwill extended to it by the contestants and the Nigerian public, the 2015 national ‎elections were conducted peacefully.

“To his eternal credit, the then incumbent President Goodluck Jonathan, who lost the polls had the magnanimity to concede defeat and congratulate the candidate of the opposition party. In the end, peace and political stability prevailed in the land”, he said.

Abubakar further narrated that when he was appointed to lead the country in 1998; it was observed that there was political apathy and that the political class was already fatigued, with some voices wanting a return of the country to parliamentary system.

Also, speaking at the conference, a former Chairman of the Independent National Electoral Commission (INEC), Professor Attahiru Jega stressed that while strong leaders and institutions are important for political transition, emphasis should not be placed on the strength of the leader at the detriment of the leader’s competence and disposition.

“So we have to be very careful in thinking that strong leaders can really help. Just as a weak leader can wreck an institution, a strong leader who has just that power and courage, if he lacks capacity, ability and competence to lead, he could also wreck strong institutions. So, it is very important that we recognize this important aspect of the leadership that we require,” he said.