Education
By Olawale Olaniyan On Feb 9, 2021 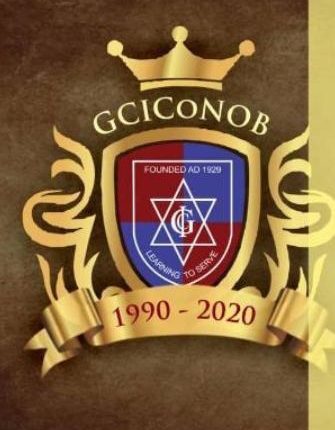 Members of the 1990 class of the Government College Ibadan (GCI) have reiterated their commitment to the development of their alma mater.

Speaking at the gala night organised to celebrate the 30th anniversary of the graduation of the set, the chairman, anniversary planning committee, Mr Adedayo Mustapha, said he and his colleagues were committed to the development of their former school, hence the donation of N500,000 towards the school’s perimeter fence project and N350,000 for the school’s back gate project (Old Principal’s house).

The projects have since been completed and handed over to the school.

Adebayo, who emphasised that the school really moulded them in their chosen fields which helped them to become successful in life, said, “We will continue to appreciate the sound academic background we received at GCI, and this is our own way of giving back to the school.”

According to the Class Set Chairman, Mr Saheed Adeniran, the class set is really working hard to change the face of the school, likewise other sets so as to compete with other schools in its environs and restore its glory.

The guest speaker at the occasion was Honourable Akin Alabi.

However, Nigeria recorded fewer COVID-19 infections and deaths when compared to the previous week. It also recorded increased recoveries during the same period…GCIOBA 1990 set promises more support for alma mater

The Federal Government is owing the university workers, under the National Association of Academic Technologists (NAAT), the Senior Staff Association of Nigerian Universities (SSANU) and the Non-Academic Union of Universities and Associated Institutions (NASU), over N150 billion earned allowances…GCIOBA 1990 set promises more support for alma mater