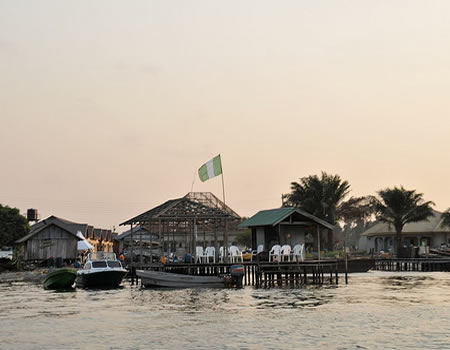 Chief Gbenekama, while confirming the Saturday invasion, said that he was briefing the Pere of Gbaramatu kingdom on the outcome of the Abuja parley in his palace when residents raised the alarm that soldiers were invading the communities.

He said that after the meeting with President Buhari in Abuja last Tuesday, they were mandated to disseminate the outcome of the meeting to all the communities in the Niger Delta.

Gbenekama said that he was on that mission after returning from Bayelsa State, when residents ran to the palace to inform them about a military invasion ongoing at Okpele ama/Tebujor communities in the kingdom.

According to the Ibe-Benemowei of Gbaramatu Kingdom, such development, which is coming shortly after a successful meeting with the Federal Government could scuttle the peace process.

He appealed to the Delta State governor, Senator Ifeanyi Okowa, to come to the aid of the communities so as to stop the incessant arrest, intimidation and brutality of residents.

“We are also using this medium to tell our President to call the military to order.

“We can not at this time when we are looking for solutions to the problems of the Niger Delta be shopping for crisis.

He also appealed to Gbaramatu people, Ijaws, and all Niger Deltans to keep the peace in the face of all provocations.

Soldiers attached to the Joint Task Force, code-named Operation Delta Safe, who allegedly carried out the invasion, were said to have arrested two persons for yet to be established reasons.

Names of the suspects were given as Moses Bebenimibo, who was said travelling on river to Oporoza and one Kpaghan Marvellous, a student of Gbaraun Grammar School Oporoza.

The arrest of Kpaghan is reminiscent of arrested 10 pupils from Oporoza, the headquarters of Gbaramatu kingdom in May during a similar military invasion.

It could not be ascertained whether the arrest was not unconnected to the bombing of newly repaired Trans-Forcados Export line at Batan community barely 24 hours after President Muhammadu Buhari met with Pan Niger Delta Forum to ensure peace in the region.

Aggrieved Movement of the Emancipation of the Niger Delta (MEND), through its spokesperson, Jomo Gbomo, had earlier claimed that his group was responsible for the attack to register its disapproval of the Abuja meeting.

A source from Oporoza said that the sudden invasion by soldiers has altered the relative peace earlier enjoyed in the kingdom with mounting tension among residents of the kingdom.

However, commanding officer of Sector 1, Operation Delta Safe (ODS), Col Alhassan Grema, did not respond to calls put across to his mobile line neither did he respond to a text message sent to him as of the time of filing this report.