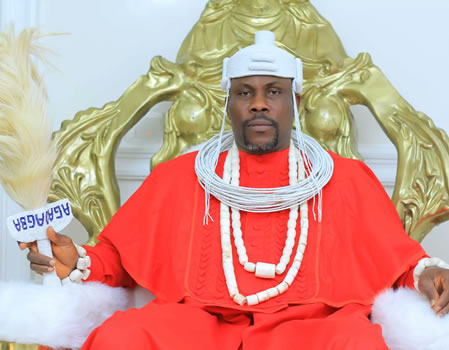 IJAWS of Gbaramatu Kingdom in Warri South West Local Government Area are on their knees asking Itsekiris to embrace peace and work towards the successful take off of the Nigerian Maritime University, Okerenkoko.

The appeal came from Gbaramatu Communities’ Chairmen in a statement signed by chairman of the forum, Comrade Sheriff Mulade, made available to journalists on Wednesday in Warri, Delta State.

Mulade, who’s the Chairman of Kokodiagbene Community, stressed the need for the prevailing peace between the Ijaws and Itsekiris to be sustained; emphasizing that the Nigerian Maritime University, Okerenkoko is for all Nigerians.

He stated that it was needless to create a chaotic atmosphere in the Gbararmatu area in order to prevent a smooth academic take-off of the Nigerian Maritime University and therefore implored the Itsekiris to be mindful of those he described as enemies of progress in the area.

“Let us not create unnecessary tension in Gbaramatu kingdom to prevent smooth academic take off of the Nigerian Maritime University, Okerenkoko.

Our Itsekiri neighbours should be wary of enemies of progress in the area and should not allow themselves to be used to cause breach of the peace in order to prevent the formal take off of the Maritime University which is aimed at accelerating development in the Niger Delta Region.

“We want to strongly appeal to our Itsekiri neighbours to embrace peace and let us work together because the establishment of the Nigerian Maritime University, Okerenkoko is a welcome development for us as people.

“All hands must be on deck to ensure the early take off of the University,” he pleaded.

Mulade has also warned politicians to stop instigating ethnic war and allow the people to live together for the overall development of the area.

“Our disgruntled politicians should allow the people to know peace. They should stop deceiving the people in order to cause disaffection among two good neighbours.

The Nigerian Maritime University, Okerenkoko is a Federal Institution and so it should not be seen as an Ijaw Institution.

“We should all come together and work for the takeoff of the University for our own good,” he concluded.

It will be recalled that the Itsekiris are laying claims to the site of the university, insisting that the institution be renamed to reflect Itsekiris’ ownership of the land.

Governor Ifeanyi Okowa of Delta State had, last week Tuesday during a media chat in Asaba, hinted that the embattled maritime university would resume academic activities later in the year.