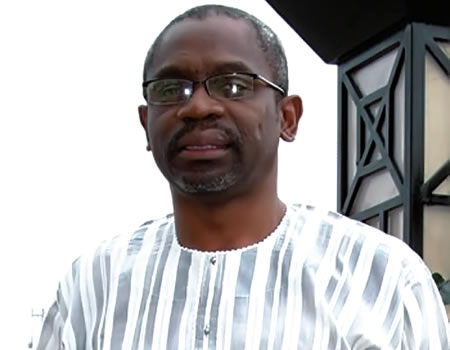 The Speaker of the House of Representative, Rep Femi Gbajabiamila has confirmed the death of a newspaper vendor reportedly shot by one of his security aides in Abuja on Thursday.

Gbajabiamila who, in a series of tweets on his official handle in the early hours of Friday, narrated how the incident took place, explained that the vendor was hit by a stray bullet meant to disperse a crowd when he went to greet newspaper vendors while leaving the National Assembly in his usual practice as he knows most of them since he moved to Abuja several years ago.

According to him, “A horrible incident has taken place. This evening as I left the national assembly, I stopped, as usual, to exchange pleasantries with the newspaper vendors at the corner.

“Many of them have known me since I first moved to Abuja and it was a friendly exchange. Unfortunately, after the convoy set out in continuation of the movement, unidentified men obstructed the convoy which got the attention of security men in the convoy who shot into the air to disperse them.”

He narrated that some hours after they got to their destination, he was informed that someone simply identified as Ifeanyi had been hit by a stray bullet.

“In the meantime; the officer who fired the fatal shot has been suspended from the convoy pending the conclusion of the investigation being conducted at the Local Police Station where I had the matter reported”

While sending his condolences to the family of the deceased, the Speaker expressed distraught about the incident.

According to him, “for one of them (vendors) to have been shot by my security detail is horrific and I cannot begin to imagine the grief and loss Ifeanyi’s family must feel on this sad day. No family should have to go through this.

“I have caused a report to be made to the local police station and an investigation has commenced. My value for human life and my respect for all people – irrespective of social-economic status – is what endeared me to these vendors and these are the reasons why I stop my convoy quite often to connect with them.”

A security aide attached to Rep Gbajabiamila had reportedly shot a newspapers vendor in the head around Federal Secretariat, Three Arms Zone, Abuja.

Eyes witnesses told revealed that the victim who was identified as Ifeanyi Okereke was subsequently rushed to the National Hospital by his brother and some police officers, where he reportedly gave up the ghost.

It was gathered that the incident occurred when the deceased and other street vendors operating around the area sighted the convoy of the Speaker and gathered to hail him as usual for money but the security aide reportedly released shuts which allegedly hit the deceased.

The Chairman of the Newspapers Vendors Association in FCT, Etim Eteng, told the Tribune Online on the phone that Okereke died at the National Hospital shortly after the incident and lamented that the deceased wife gave birth to a baby on Thursday morning.

According to him, “What I learnt was that the speaker called to give them (vendors) money and the security aide just shot him (Okereke)  in the head. He was rushed to the National Hospital where he died some hours later,”

A vendor, Bala Usman said the unidentified trigger-happy security aide could not explain why he shot the deceased when confronted by Rep Gbajabiamila who was in total shock.

According to him, “The vendors and other hawkers usually run after VIPs and lawmakers whenever they see them. In fact, they can identify the big men by their vehicles. So, the vendors flocked around the speaker’s convoy and he gave them some money but a gunshot just went off.

” The bullet hit Ifeanyi in the head and he fell down. The officer who fired the gun said he wanted to fire in the air.”

“He died of gunshot injuries and would be moved from the Trauma Centre to the mortuary shortly,” he said.