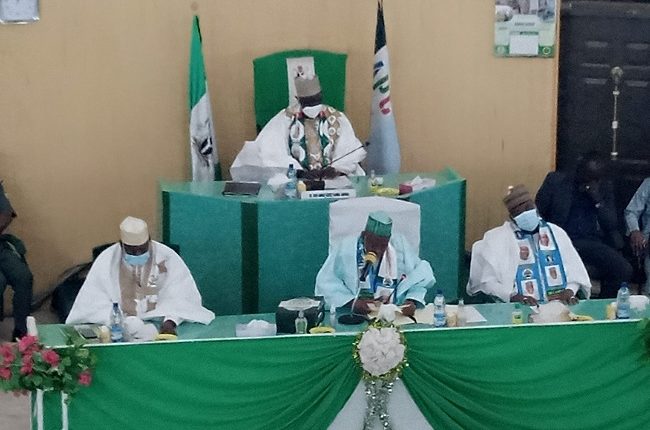 Governor Abdullahi Ganduje of Kano State on Tuesday presented the 2021 appropriation bill of N147.9 billion to the state House of Assembly for approval.

Speaking at the ceremony, Ganduje said that the budget tagged ‘Budget for Economic Recovery and Sustainable Development’ will focus on education and infrastructure development.

Ganduje said that the total recurrent revenue for the state for 2021 was estimated at N106 billion.

“The budget reflects our vision for diversification of sources of revenue with a view to laying a solid foundation that will guide the administration to pursue its development objectives.

“Also to enable us built on our operational principles, aspirations and priorities geared towards the continued leadership position of the state,” he said.

Alhaji Abdulazeez Garba-Gafasa, Speaker of the house, promised that the lawmakers would speedily consider and pass the budget.

He, however, said that the lawmakers would properly scrutinise the budget and follow due process before its passage.

The speaker pledged that the house would continue to work together with the executive for the development of the state. (NAN)

Nigerians demonstrate in Ohio, want justice for Lekki victims, others