Future of air transport industry in Nigeria is bright —Sosina 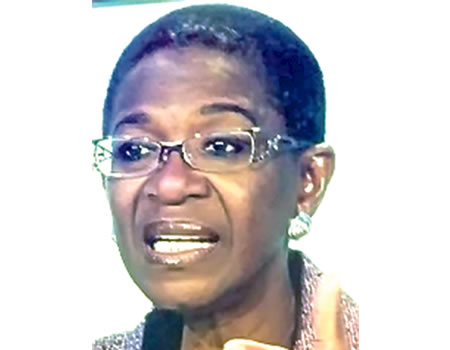 NIGERIAN-born former Secretary General of African Civil Aviation Commission (AFCAC), Ms. Iyabo Sosina, has suggested that to reposition the country’s aviation sector there must be a stronger civil aviation authority, to ensure the provision of regulatory oversight without undue political interference.

She stated that the country needs between two and four airlines to operate on the domestic, regional and international market.

Speaking during the 3rd webinar series by Aelex Partners, Sosina noted that CAA must carry out total safety, security, economy audit of the industry to identify gaps and put in place appropriate strategies to address the identified gaps.

While emphasising the need to carry out a bench marking exercise of the industry in order to learn from the steps that had been taken by developed countries in the restart and recovery paths for their industries, Sosina declared: “The first opportunity for me is the fact that aviation industries in most nations of the world have also been impacted and they are also in the process of rebuilding their industries and this is taking place everywhere, so Nigeria is not particularly worse off and so we can take advantage of this particular situation.”

“We have the opportunity to start on a clean slate and try and get it right this time because we haven’t always gotten it right especially the airlines. So there is need for us to reposition the aviation industry.”

Sosina, however expressed optimism that the industry would weather the storm it was presently grappling with, stressing that the future of air transport industry in Nigeria was bright.

The former AFCAC scribe posited that there was the need for the country to go back to the drawing board and see how they could possibly reduce the number of airlines.

According to her, it does make sense to have two to four airlines that are stronger and must be competitive on the domestic, regional and global market.

Emphasising a paradigm shift in the way airlines do business and the need for airlines to change their business models, Sosina added that business cannot be the same as usual especially with the provision of some stimulus packages to ensure that the Industry survives just as has been done by governments in all parts of the world.

Her words: ”Therefore, the airlines must change the way they do business and this unfortunate situation we find ourselves in is a perfect motivation needed to engender the needed change. This period is a good opportunity for the airlines to re-evaluate their debts, their operations and change their business models to include transparency, accountability, cooperation and collaboration with emphasis on these four attributes, all successful businesses all the world over.

“The market in Nigeria as it stands cannot support more than two to four airlines, these airlines must boast of a minimum of 10-20 aircraft. The days of one or two commercial operation aircraft should be long gone, it is simply not viable, as mergers cannot be forced right by government, it is incumbent on the airlines to initiate and explore collaborative ways of doing business that would ensure healthy cooperation and competition.

Why imported fertilisers, gas cookers are liable to seizure —Customs