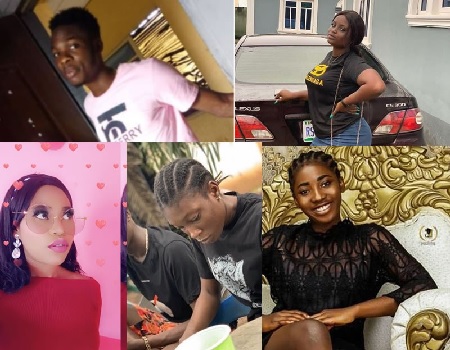 THE Federal University of Agriculture (FUTA), Akure, Ondo State, has suspended five students involved in the assault of another student of the institution.

A video surfaced on the internet on Saturday, November 16, 2019, showing the six students, one male and five females, physically assaulting the victim.

To this effect, a statement issued on Sunday, November 17, 2019, by the Deputy Director of Corporate Communications FUTA, Adegbenro Adebanja, on behalf of the university, reads:

“The Federal University of Technology Akure, FUTA has suspended the students involved in the bullying of a female student in one of the off-campus hostels on Saturday, November 16, 2019, indefinitely from all academic and related activities even as it continues with investigations into the circumstances that led to the odious and unfortunate act. In effect, the suspended students are not to be found anywhere in or near the Federal University of Technology Akure.

“The University deplores such behaviour and reiterates that all those found to be culpable will be visited with the full weight of the law under the extant rules and regulations governing Students behaviour and conduct off and on the campus at the conclusion of the investigation being carried out by the Students Affairs Division.

“The University Management is providing medical and counselling support for the affected student.

“The University reiterates its abhorrence of any action or behaviour by students that are inimical to the well-being of others and will continue to sanction students who run foul of its rules and regulations.

“For the avoidance of doubt, only students who are worthy in learning and character can lay claim to and be addressed as FUTA students.”

We are supporting security agencies to end crime in Ekiti ― Govt