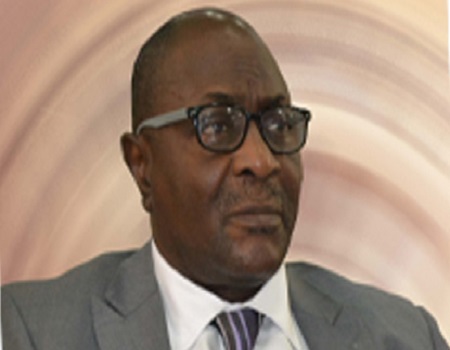 The Vice-Chancellor of Federal University Oye-Ekiti, (FUOYE) Prof Kayode Soremekun has lamented the increasing number of unions in Nigerian universities.

He said the development is causing a serious distraction to the management of the universities in discharging their responsibilities effectively.

Prof. Soremekun stated this on Monday while addressing reporters ahead of the 2016/2017 and 2017/2018 Combined Convocation Ceremony of the institution.

The VC while revealing that poor financial resources were the cause of the high rate of unions across campuses, added that it has been difficult for the country to meet up with the huge demands of universities’ staff because the income being generated is a mismatch of the expenditure.

“Nigerian universities are over unionised and this is distracting the administrations of the institutions. This is because Nigeria is poor and our income is struggling to meet up with huge expenditure: There is a mismatch between income and expenditure. The macro-environment needs to change to favour the system and only then will militant unionism that results in tigerized demands will end,” he said.

On the convocation, he said: ”  FUOYE is graduating a total of 1, 000 students from five faculties of Agriculture, Arts, Engineering, Science and Social Sciences.

The VC also spoke about his achievements in the past three years which he said included completion of over 40 infrastructural projects in the twin campuses of Oye and Ikole of the school, increasing academic programmes from 29 to 60 with full NUC accreditation, increasing number of students from 512 to 17,000 and building a conducive learning environment among others.

Prof. Soremekun said FUOYE would also soon begin a Distance Learning programmes in a collaborative effort with the Commonwealth of Learning, (COL) Canada.

He reeled out several awards and grants received by students and staff of the university who have excelled in national and international competition and research endeavours.

On his achievements, he said: ” We have constructed makeshift, functional lecture rooms. We provided effective internet facilities for students and completed a well-furnished and occupied the University Library. We also completed several well furnished and occupied laboratories in faculties of Science, Agriculture and Engineering as well as improved greatly on the security architecture of the University which has helped to reduce drastically anti-social tendencies such as cultism, drug abuse etc.”

” We also have another 139 staff members benefitting from TETfund Conference attendance for career advancement. 110 of the beneficiaries of this scheme are academic staff while 29 are non-academic staff.

He spoke on other achievements which included the commencement of postgraduate school, connecting the twin campuses to the national grid and creating FUOYE’s independent ICT portal, starting a culture of inaugural lectures, and the honorary Awards to three humanists,  Imam Abubakar Abdullahi, Chief Guy Garguilo, and  Bishop Femi Felix Ajakaiye, the  Catholic Bishop of Ekiti in recognition of his exemplary service as a clergyman, activist, philanthropist and humanist.

He said the choice of the honorary awardees was guided by integrity, patriotism, and selflessness.