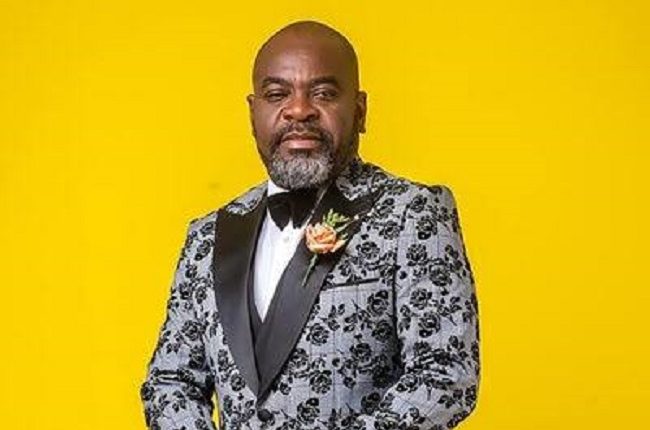 Nigerian actor, Funsho Adeolu in a reaction to a picture of himself and one of the police officers involved in a viral video where a lady was molested in Ibadan recently, has shared a video on his Instagram page where he denied ever knowing the ‘police officer’ and said the picture he took with the said officer was just an innocent one. He also called on the Nigerian Police to make sure their officers are well trained to avert similar situations that could soil the image of the police.

Adeolu who said it became imperative that he reacted to the issue, claimed he was advised by his friends to make a comment to instigate some clarifications about it. Explaining how he met the said police officer, he said: “There is an issue on ground and I want us to clear it out. There is a picture (video) that is trending now, a guy, so to say assaulted a lady, it is now very viral and everyone is talking about it. The police guy that caught a lady somewhere while trying to get a kidnapper or an armed robber… she was on the spot, she was picked and was treated badly.

“I think it was that same day that I took a picture with the said guy and people are telling me that I should be very careful of whom I associate with, and I agree with that, but it was just an innocent picture. I never met him before, I was just outside a hotel in Ibadan and he just said, oh Funsho Adeolu, I like you and would like to take a picture with you. I couldn’t have said no! it is not possible for me to say no to anyone that says he wants to take a picture with me because it could happen to you and you will come to say the same thing to me that Funsho Adeolu is not nice, he is too proud, he is too this and that.

“So it was an innocent picture, I never knew that he was involved in anything until the third day that I saw the viral video that was everywhere. My friends are saying I should say something about it, so I am just here to say that I take pictures with a lot of people that I have never met before, I pray God continues to save us. This is also a call on the Nigerian Police to please, train your people, it is very important, there are things they should know, don’t just pick anyone from anywhere and allow them to be part of you. The image of the police supposed to be on the proper side…if not this wouldn’t have happened. So, I don’t know him from anywhere, he was a fan.”

It would be recalled that last week, a video went viral showing some police officers in Ibadan, Oyo State capital, harassing a 25-year-old female suspect. The police officers had gone to the home of a suspected kidnapper and armed robber to arrest him and met the lady there, who gave her name as Towobola.

In the video, Towobola, who claimed to be a graduate of the University of Ibadan and had just concluded her NYSC, was seen handcuffed and accused by one of the officers of sleeping with the kidnapper, just as he recorded the incident with his phone. This has however not gone well with many Nigerians as they felt the lady was “unlawfully and unfairly harassed”.