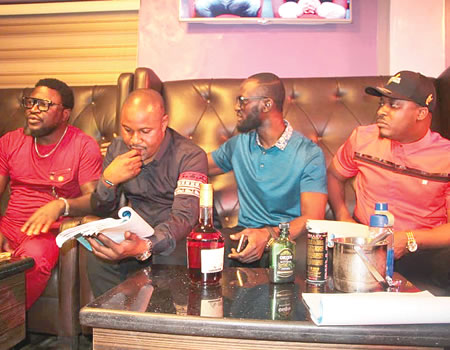 The movie industry is about to witness a new flick from the stable of popular actor and producer, Saidi Balogun.

Coming on the heels of his last project, White, shot in Ilorin, the Kwara State capital with the support of the state governor, Abdulfatah Ahmed, Balogun disclosed that for personal reasons, he did not release movies for a few years.

“Now the industry is about to witness something spectacular as I will be releasing new flicks for the rest of the year,” he said.

With White, an all-white movie characters set to be released anytime from now, Balogun, who just finished the production of a new movie shot on locations in Lagos State, which he called Deeper Things wants fans to expect “more surprises.”

Speaking on the choice of the white lady, who was flown into Nigeria for the project from Dublin to play a lead role in the movie, Balogun described her as a fantastic  artiste, who understood and interpreted her lines professionally.

“We must start to produce movies that are relatable. Movies that address some of the ills in the society and proffer solution to some of the problems we are facing as a nation. At this stage in my career, I am dedicated to producing quality movies. Not because they would be good for the cinemas but because I am always passionate about doing something that people can relate to.”

The movie, according to Balogun would help people to know how to deal with situations by being one’s self in the face of any tribulation. “I feel we need to do more for our society by shooting good movies that would encourage people going through hard times. I would not have been able to complete these projects without the support of people, who believe in the vision, especially the Ooni of Ife, Oba Enitan Adeyeye Ogunwusi,” he said.