FUNERAL OF PRINCE PHILIP: Queen sits alone, Williams and Harry sit opposite each other at church service 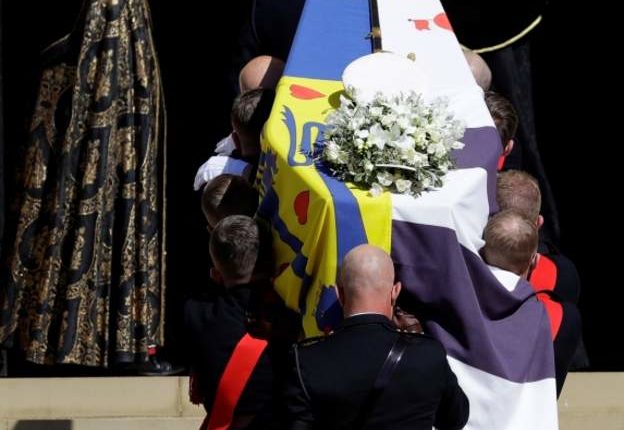 The funeral service of Prince Philip, the husband of the Queen of England, Queen Elizabeth, was held on Saturday afternoon with the Queen adorned in black attire and sat alone beside the casket of her husband, the British Broadcasting Corporation (BBC) reported..

Also, both Prince Williams and Prince Harry sat opposite each other at the church service held at the St George’s Chapel.

The royal family are strictly adhering to UK COVID-19 protocols. As such, the Queen seated alone to follow current restrictions. 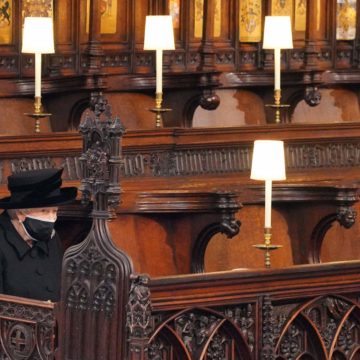 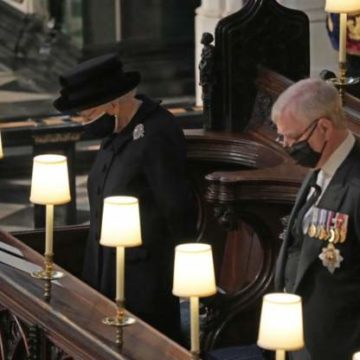 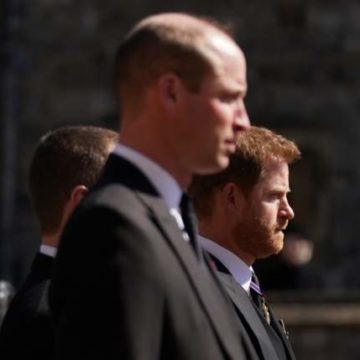 The Queen was seated at the front of the quire, nearest the altar. Directly opposite her was the Prince of Wales alongside the Duchess of Cornwall.

Closest to the Queen, two seats to her left, is the Duke of York.

The Duke of Sussex (Harry) and Duke of Cambridge (Williams) sat opposite one another in St. George’s Chapel, William sat beside his wife Catherine, the Duchess of Cambridge. Prince Harry also sat alone.

The church service, which lasted for one hour, came to an end after the church choir sang ‘God Save the Queen’, the national anthem of the country. After this, the Royal Family left the chapel by the Galilee Porch, escorted by the Dean of Windsor and the Archbishop of Canterbury.

After this, the remains of the Duke of Edinburgh were interred in the Royal Vault of St George’s Chapel.

Before the coffin was lowered into the vault, the dean said: “Go forth upon thy journey from this world, O Christian soul.”

His coffin was placed on a catafalque on a marble slab in the Quire and lowered into the vault by electric motor immediately after the church service.

In spite of the huge investment in the water sector by the government and international organisations, water scarcity has grown to become a perennial nightmare for residents of Abeokuta, the Ogun State capital. This report x-rays the lives and experiences of residents in getting clean, potable and affordable water amidst the surge of COVID-19 cases in the state…FUNERAL OF PRINCE PHILIP  FUNERAL OF PRINCE PHILIP