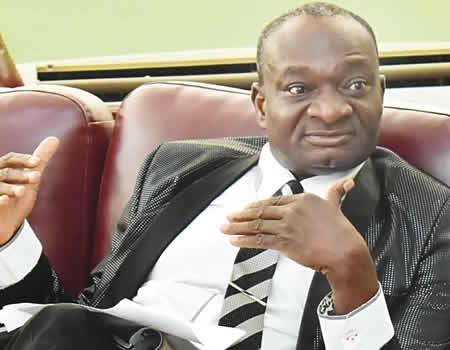 THE Vice-Chancellor, Federal University of Agriculture Abeokuta (FUNAAB), Professor  Kolawole Salako, has been appointed as one of the official nominators for the prestigious Earthshot Prize.

The prize has been described as the most ambitious and prestigious of its kind, which is designed to change and repair the planet over the next 10 years, spokesperson of the university, Dr Linda Onwuka has said.

The Earthshot Prize is centred on five ‘Earthshots’ simple, but ambitious goals for the human planet and which, if achieved by 2030, would improve human life in the generations to come.

A former Nigerian Coordinating Minister for the Economy and Minister of Finance, Dr Ngozi Okonjo-Iweala, who is also a top contender for the post of the Director-General, World Trade Organisation (WTO), was included in the prize’s Overall Council to be headed by the Duke of Cambridge, Prince Williams.

According to the Director, Centre for Excellence in Agricultural Development and Sustainable Environment (CEADESE) of FUNAAB, Professor Olukayode Akinyemi, nominations for the prize would begin this November.

Meanwhile, The Vice-Chancellor, Professor  Kolawole Salako has reiterated the university’s commitment to protecting its vast expanse of land from illegal activities of encroachers.

The vice-chancellor appreciated the commandant for his assistance and support, noting that FUNAAB had brought sanity to its environs, noting that more support was still needed around the campus and adjoining communities.

Earlier, Commandant Abodunrin had explained that the visit was to promote the existing cooperation between both organisations and to tackle any security issues within the university jurisdiction, as the commandant celebrates his one-year in office.

Abodunrin stressed the need for capacity building and security consciousness for the young ones, expressing the  urgent need to start giving security lessons to school children aside from the moral education that they  were being taught.

He highlighted some security tips as kidnapping, rape, terrorism and suicide, adding that the NCSDC would soon begin security awareness for the populace.

He added that the psyche of younger people needed to be positively changed regarding uniformed men as many parents were in the habit of scaring their kids and young ones away from them.