MetroTop News
By Daniel Abel and Iniobong Ekponta On May 3, 2021 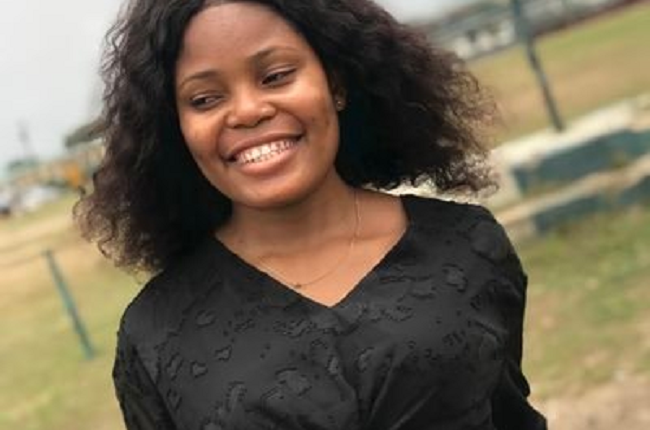 NEWS of the death of Iniobong Hiny Umoren, the lady who went missing during a job hunt in Uyo, Akwa Ibom State, has generated outrage as Nigerians lamented the insecurity that had ravaged the country.

The mysterious disappearance of the lady had generated reactions, after she was reported missing on Twitter on Thursday, April 29.

On social media, the hashtag, #FindHinyHumoren, generated several retweets after her friend, Happiness, tweeting through @UmohUduak1, had reported her disappearance.

Umoren had reportedly told her friend, Happiness, that she was going for a job interview at Airport road, a distance from her house.

The lady reported that “to cut everything short, she sent me a one second audio record on WhatsApp and I had to call her back to know if she wanted to say something but immediately I called her, I heard her screaming. Someone, please help her out.”

Umoren had announced on Twitter on April 27 that she was in need of a job. She had posted through her Twitter handle, @HinyHumoren: #AkwaIbomTwitter please I’m really in need of a job, something to do to keep mind and soul together while contributing dutifully to the organisation. My location is Uyo, I’m creative, really good in thinking critically and most importantly a fast learner. CV available on request. The tweet had a reply: “Will you work in a construction company as a secretary? I like you bring your CV to Udo Udomma Avenue. The name of the company is U&K Limited.”

It was gathered that the deceased had traced the advertiser to a location along the Airport road but was eventually lured to the nearby house in a community in Uruan Local Government Area, where she was killed.

On Sunday, she was found dead with the police announcing they had arrested two suspects with respect to the incident.

Happiness, through her Twitter handle, @umohuduak1, uploaded a video of her friend in tears and confirmed the death of Umoren by saying: They killed my friend and they buried my friend. Her remains were reportedly dumped in a shadow grave in Uyo, as the police authorities confirmed the killing In a statement on Sunday, the state Police Public Relations Officer (PPRO), Mr Odiko Macdon, said one Uduak Frank Akpan had been arrested by operatives of the state police command in connection with the incident.

The police said the deceased was killed with a club while trying to resist being raped by the suspect. Macdon explained that the suspect had hurriedly buried the victim in a shallow grave in his father’s compound before fleeing to neighbouring Calabar, Cross River State, adding that her remains were exhumed and deposited at the University of Uyo Teaching Hospital (UUTH).

On April 30, 2021, the command received a report on the disappearance of the victim.

Following available leads, men of the anti-kidnapping squad led by CSP Inenegiye Igosi, consolidated on the initial great progress made by the DPO Uruan and arrested the perpetrator who confessed to have lured the victim to his house in the guise of giving her a job but ended up sexually and physically molested her which led to her death. To cover his tracks, he dragged and buried her in a shallow grave in his father’s compound. The deceased has been exhumed and deposited at the UUTH for autopsy.

The suspect confessed to have told his local government chairman of his atrocity before escaping to Calabar, the statement explained.

Reacting, former Senate President, Bukola Saraki, on his Twitter handle, @ bukolasaraki, said: “I’ve been following the #FindHinyHumoren closely over the past couple of days and I am extremely devastated that young Miss Iniobong Umoren, who simply set out to find a job, was raped and murdered.

“At this particularly difficult time, my prayers are with her family and all her friends who kept this topic on the front burner over the last couple of days. I hope the perpetrators of this despicable act are swiftly tried and sentenced.”

His wife, Toyin Saraki, on her Twitter handle, @ToyinSaraki, wrote: “Rest in peace Hinny Umoren. Our thoughts and prayers are with her family and loved ones. The news this morning is devastating. My heart is heavy with the thought of the daily unknowns and fear that our young people have to live with every day.

“A young woman who had so much to look forward to, gone too soon because she lived and sought employment in a country where her basic right to safety is not guaranteed. How many young women will continue to end up like Hinny, Tina, Uwa, Anita or Linda?”

Also, Wale Adetona, via his official Twitter handle @ iSlimfit, lamented the situation of things in the country, noting “Hiny Umoren just wanted to be employed. She just needed a decent job to fend for herself and family. But the wickedness in the heart of man had another plan for her. They deceived her with a non-existing job offer and killed her.”

Kaisha Umaru, a former BBN housemate, also took to her Twitter handle to express outrage, saying: “What a sad world we live in, all she needed was a decent job to fend for her self and her family, but like they say the heart of men if full of wickedness. God please don’t let the wicked go unpunished.”

Twitter user, @richie_ jimm also expressed his anger, saying: “They Kidnap, Kill and Sell Humans Body Parts! Broken heartBroken heart. From sources at Ikot Akpanabia, Uduak Akpan has confessed that his father started the kidnapping and killing business for so many years now, before introducing him into it.”

Another Twitter user, @ jeremiahrmg also had a strong message for others noting that “To those rapist murderers and criminals on this app your end is near.. and God will fetch you out without taking someone’s else’s life.”

Calling on the Nigerian Police to act quickly, Twitter user @omahummer said “Justice must be served, our eyes are on this particular case. The wickedness of this wicked killer must come to an end.”