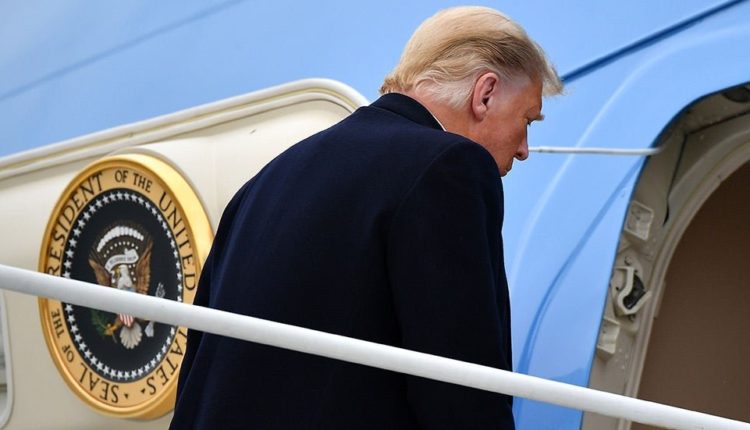 The outgoing United States President, Donald Trump has granted clemency to range from rappers to financiers and lobbyists. Notable names on the list compiled by The Guardian of UK include:

Bannon, 67, was a key adviser in Trump’s 2016 presidential run. He was charged last year with swindling Trump supporters over an effort to raise private funds to build the president’s wall on the US-Mexico border. He has pleaded not guilty.

White House officials had advised Trump against pardoning Bannon, who left the Trump administration in late 2017. The two men have lately rekindled their relationship as Trump sought support for his unproven claims of voter fraud, an official familiar with the situation said.

Broidy, a major Republican party fundraiser, pleaded guilty in October to acting as an unregistered foreign agent, admitting to accepting money to secretly lobby the Trump administration for Chinese and Malaysian interests. He has been pardoned. Broidy held finance posts in Trump’s 2016 campaign and on his inaugural committee.

Prosecutors alleged Broidy received millions of dollars in payments from an unnamed foreign national to try to arrange the end of a U.S. investigation into billions of dollars embezzled from 1MDB, a Malaysian government investment fund.

The former Detroit mayor was sentenced in 2013 to 28 years in prison following his conviction on two dozen charges including racketeering, bribery and extortion from a conspiracy, which prosecutors said had worsened the city’s financial crisis. Kilpatrick, 50, once seen as a rising star in the Democratic party, received one of the longest corruption sentences ever handed to a major US politician. Kilpatrick, who was mayor from 2002 to 2008, extorted bribes from contractors who wanted to get or keep Detroit city contracts, prosecutors said. His sentence has been commuted.

Lil Wayne, 38, whose real name is Dwayne Michael Carter, pleaded guilty in federal court in December to illegally possessing a firearm and faced up to 10 years in prison. He was scheduled to be sentenced in March in Florida. A year earlier, the Grammy winner was found with a loaded, gold-plated .45-caliber handgun in his baggage aboard a private plane that had landed at an executive airport near Miami. A previous felony conviction made it illegal for the rapper to have the weapon or ammunition. In October, Wayne tweeted a picture of himself with Trump following what he called a “great meeting” with the president. He has been pardoned.

Black, 23, who was born Bill Kahan Kapri, is in federal prison for making a false statement to buy a firearm, and released the album called Bill Israel from behind bars.

Black pleaded guilty in August 2019, and three months later was sentenced to three years and 10 months in prison. He is seeking compassionate release. In a since-deleted tweet in November, Black promised to spend $1m on charity if the president released him, the hip-hop magazine XXL reported. His sentence has been commuted.

Weiss was convicted of bilking $125m from National Heritage Life Insurance and its elderly policyholders. He fled the United States and was sentenced in absentia in 2000 to 845 years in prison, but he was eventually extradited from Austria. Weiss, 66, is at a US penitentiary in Pennsylvania, according to the Federal Bureau of Prisons.

Trump lawyers from his first impeachment, Alan Dershowitz and Jay Sekulow, sent letters to the White House in support of Weiss. His sentence has been commuted.

Levandowski, a former Google engineer, pleaded guilty to stealing secret technology related to self-driving cars from the company before becoming the head of Uber’s rival unit. In August, a judge in San Francisco sentenced Levandowski to 18 months in prison but said he could enter custody once the Covid-19 pandemic has subsided.

The judge, William Alsup, who has been involved in Silicon Valley litigation for nearly five decades, described Levandowski’s conviction as the “biggest trade secret crime I have ever seen”. He has been pardoned.

Other pardons and commutations