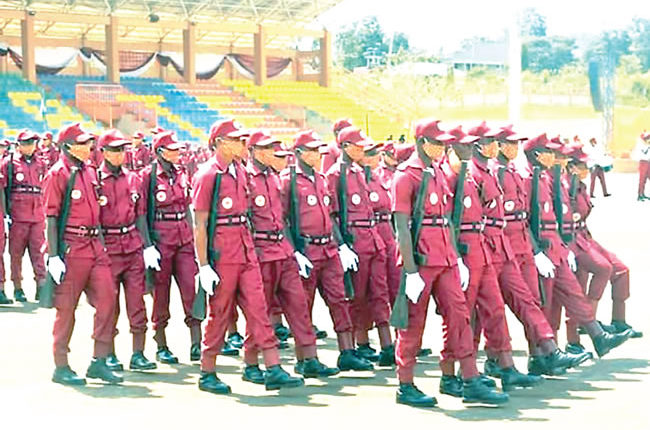 THE Commandant of Oyo State Security Network Agency, Operation Amotekun, Colonel Olayinka Olayanju (retd), has said that there were no clashes between his men and Fulani herdsmen in Ibarapaland and Oke Ogun axes of Oyo State.

The commandant, who addressed newsmen in Ibadan, said that his men launched six operations in four local government areas but that the team in Aiyete was attacked inside the forest by suspected bandits, three of whom were killed by his men.

According to him, the operations were fully supported by Fulani leaders living in the areas, adding that a number of Miyetti Allah members were part of the operations.

A statement by the commandant, which was made available to newsmen after the media briefing, further revealed that its operatives raided the forests of Ibarapa and Oke Ogun areas of the state in the early hours of Saturday to rid the areas of kidnappers and criminal elements.

Colonel Olayanju, who equally paraded one of the suspected kidnap kingpins, Sanni Bello, said he was arrested in the forests around Aiyegun axis in Iwajowa Local Government Area, adding that the Amotekun worked closely with officials of Miyetti Allah, whose family members had equally suffered kidnapping in recent times.

The statement by the Amotekun commandant also indicated that the operation around the forests was embarked upon following incessant reports of killings and kidnapping in the area.

The statement read: “Contrary to any report you might have come across, there was no clash whatsoever between Fulani herdsmen and Amotekun in Ibarapa or Oke Ogun axis of Oyo State.

“What happened was that we launched clearance operations in different locations around the thick forests of the four local governments that have suffered kidnapping and wanton killings in recent times.

“When our men entered the forests at Aiyete, they were attacked and a gun battle ensued, which led to the death of three of the attackers. One of our men sustained injuries.

“It was not a clash with the Fulani, because Fulani were part of the planning of the operation and we raided the forests together.

“We were in touch with Seriki who is the leader of the Fulani in the area. Even after our men were withdrawn on Saturday afternoon, we got reports that some Fulani were kidnapped in one location close to the area of operation. So they are working with us, because they are also victims of the dastardly acts of kidnapping in the area.

“The incessant kidnapping and wanton destruction of lives necessitated the planning of a clearance operation in Lanlate, Igbo Ora, Igangan, Iganna and Aiyegun general areas in Ibarapa East, Ibarapa Central and Ibarapa North, as well as Iwajowa Local Government Areas.

“There were six teams in all, comprising members of Amotekun, vigilantes, hunters and Miyetti Allah vigilante. “All the six teams had elements of these groups (joint team). However, at Igbo Ora, one of the teams had an encounter with two armed men, effected their arrest and recovered one double-barrel rifle.

“All suspects and weapons were handed over to the Divisional Police Officer (DPO) Magoro Police Station, Igbo Ora at about 9:00 a.m. on Saturday.

“In a related development, another team was attacked at about 9.30 a.m. in Igangan forest, Ibarapa North, while on the clearance operations at a settlement. The attack was repelled, resulting in serious injury to one member of the Vigilante Group of Nigeria (VGN) and three other suspects. Two Dane guns were recovered at the scene.

“In Iwajowa LGA, one of the teams also arrested a kidnap kingpin operating around Aiyegun axis. He was arrested with a locally-made pistol and cartridges.

“The operation was suspended at about 12 noon on Saturday to allow for further stock-taking.”