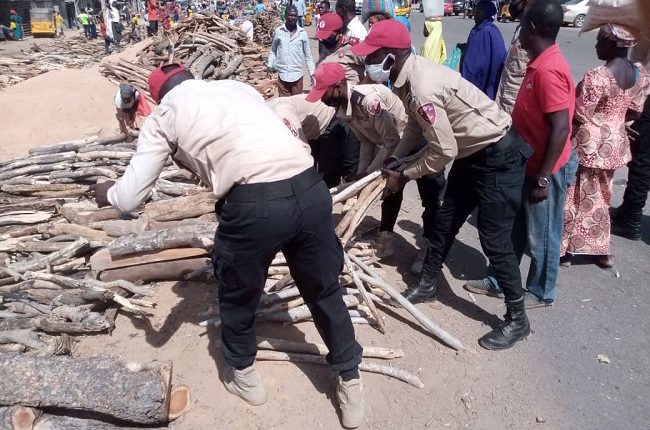 The Federal Road Safety Corps (FRSC) on Monday relocated motor parks and markets near the highways to other locations in order to reduce road traffic crashes and fatalities in Jalingo. 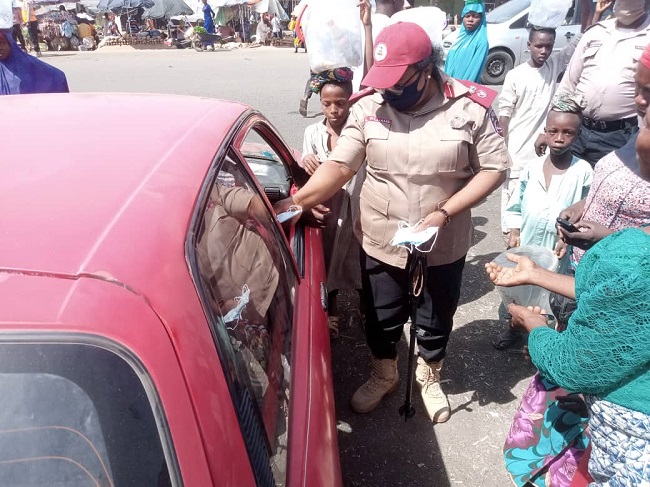 Corps Commander Selina Williams, the Taraba Sector Commander of FRSC, who led the team of officers on the clearance operation at Mile Six Market, along Jalingo-Yola road said the move was in line with the corp’s operational mandate to clear obstructions on the roads.

Williams educated traders and members of the transport unions including National Union of Road Transport Workers (NURTW) and TASCOTMAN on the purpose of the exercise.

“The aim of this operation is to prevent road traffic crashes on the highways, ensure free flow of traffic, clearing of obstructions, safeguarding lives and restore sanity across the highways in Nigeria,” she said.

Our correspondent reports that the FRSC officials used FRSC customized traffic and safety barricades and warning tapes to clear the road. 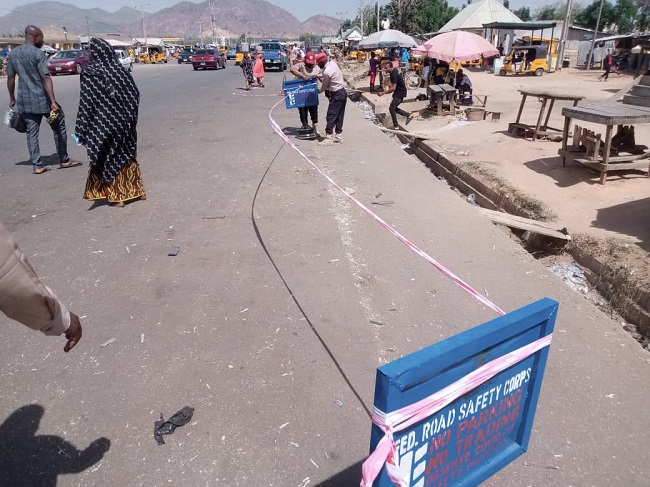 The sector commander, who also shared free facemasks to traders, passengers and motorists along the highway, advised them to strictly observe the COVID-19 protocol as they go about their businesses, reminding that the second wave of the virus is more deadly and needs more consciousness.

She urged them to fill the pot-holes on the road which posses danger to motorists at the mile six market junction as a temporary measure.