From the hills to Marina Lagos (2) 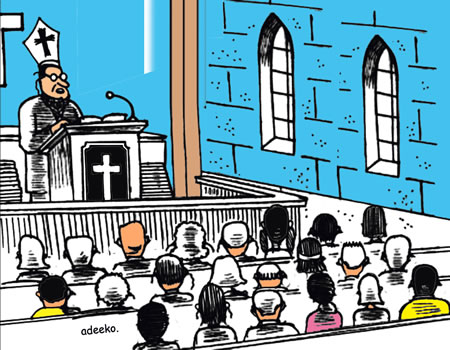 IN attendance at the enthronement were the deputy governor of Ondo State, Chief Agboola Ajayi, Ondo state Commissioner for Information, Mr.Yemi Olowolabi  and those who made the enthronement possible, Chief Wole Olanipekun SAN, Mr. Wole Okunfulire, Mr. Gbola Akinola, Sir Olu Okeowo, Dayo Egbeyemi, Otunba Solomon Ayodele Oladunni and others. Also present were Bishop Ephraim AdebolaAdemowo and his wife, Mrs. RantiAdemowo, the Bishop’s mother and his wife Professor Motunrayo F. Olumokaiye, who is from Ondo city in Ondo state and the Bishop’s elder brother Henry KoleOlumokaye who is the Olu of Onisere in Idanra local government.

When Reverend Charles Phillips brought Christianity to Idanre in 1895, his job was made easy by a few Idanre indigenes who had gone out to siloko to work with some timber contractors where they had learnt how to read and write. Before returning home, they were converted into Christianity. They were Obadiah Betiku and H. John Akinbola Paale. On arrival home, they had started to teach people reading and writing. These and their class formed the nucleus of the early Christians convert in Idanre.

Beyond the intellectual battle for Nigeria’s presidency