From humble beginnings to multi-millions: The Victor Peña story 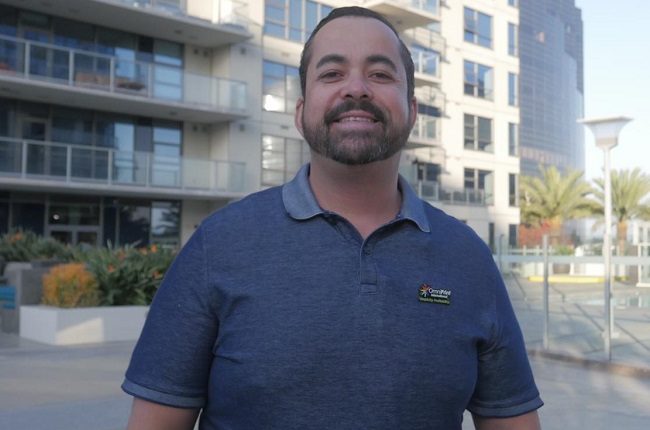 As a self-described “tough and caring negotiator”, Victor credits much of his success to focusing on long-term business partnerships. By leading by example and prioritizing empathy, he has scaled his company from nothing to generating multi-millions every year. “At the beginning, you chase money, wealth, and being well-off financially. Now it’s about what impact you can make in the world. I keep making bigger goals for myself.”

OmniPrint International Inc. has been identified as one of America’s fastest-growing companies by Inc5000. With products being sold around the world, and offices located in California, Korea, and Mexico, Victor has set himself apart as an expert in global business. He has created award-winning products, such as the Cheetah Industrial DTG Printer and Wurk Platform for print job automation, winning product of the year awards for the past five years in a row. “We take chances on projects we don’t know will work, and we’re okay with that,” Victor says. “We have no clue what we can’t do.”

As a leader in his industry, Victor Peña has made it his mission to build a community of entrepreneurs, passing down his business tips along the way. From a humble upbringing and immigrating to the United States at the young age of seven, to scaling his business, OmniPrint International Inc., to a multi-million dollar success, Victor understands the unique struggles aspiring entrepreneurs face. He explains, “At the beginning, I tried to avoid fear, but that keeps you in a small comfort zone. If you can push past your fears, you can achieve anything and feel good about yourself in the process.”

Early in his career, scarcity is what motivated Victor to get ahead. In pursuit of financial stability, he built his business in an industry where he was sure to be successful. Now, after scaling his business to a profit of multi-millions per year, Victor has set his sights on making an impact on the world. As a growing philanthropist, he is passionate about supporting our troops and our youth, through organizations such as the Gary Senise Foundation and Choc.

This desire to make an impact is most inspired by those he loves. Victor notes, “I’m always striving to be a better husband to my wife while making sure she’s along with me on the journey to build an empire together.”

He continues, “Since birth, I have been an explorer and knowing there is something big out there for me. I have worked hard throughout my life to build successful businesses. I’m chasing the potential of what I can reach on a daily basis and hope to inspire others to win.”

The surprise visit made on Friday night by the leaders of the ruling All Progressives Congress (APC) to former President Goodluck Jonathan at his residence in Abuja triggered a stir in the major political camps, resulting in at least four possible theories..From humble beginnings  From humble beginnings