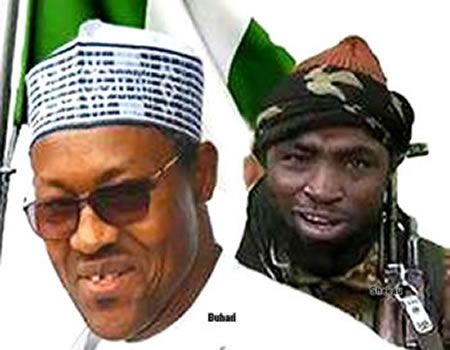 shekauTHERE are fresh fears that a branch of the Islamic State West Africa Province (ISWAP) terror group, Albarnawi faction, may have started recruiting more terrorists into its network in its bid to launch more deadly attacks on countries, particularly on Nigeria.

Sunday Tribune gathered from sources in the Intelligence circles that members of the deadly Albarnawi faction might have participated in the recent slaughter of about 100 Nigerian soldiers by the Boko Haram sect.

Ahmad Sakilda, a journalist reputed to have access to information on the activities of Boko Haram, confirmed ISWAP recruitment of more members, warning that the body would become the most dangerous terror group if it sustains the current level of membership drive.

In his Twitter handle, he said: “If the current trend of recruitments and attacks continues, ISWAP looks set to be the most lethal branch of IS in the world.

“The pace of recruitment today is almost similar to 2013/14. Today, there is a competition to join Jihadi herd between Nigerians and Francophone youths.

“On the infographic, second is Iraq, third is Sham, fourth is Khorasan, fifth, East Asia, sixth is Sinai. The rating varies, depending on the attacks in the week.

“But it is now clear that ISWAP has a growing strategic partnership beyond media collaboration with ISIS. Are we still in doubt?” he asked rhetorically.

On the abduction, sources in the Civilian Joint Task Force told Sunday Tribune that the wood sellers were abducted at a nearby internally displaced persons’ camp from where they came out in search of firewood.

It was gathered that some of the insurgents were shot during the abduction, leaving about eight corpses which were later said to have been recovered by the JTF in a nearby bush.

Meanwhile, angry men of the Nigerian Army in a new video released online have called on the Commander-in-Chief of the Armed forces, President Muhammed Buhari to come to their aid and get more equipment for them to fight the insurgents.

The men, who were visibly angry about the gruesome killing of 100 of their colleagues by the insurgents, said they were not well equipped to fight the insurgents

“We want the government to see the damage done to the psyche of the Nigerian Army. The army is not doing the right thing at all…sending us deliberately to die…. They are buying obsolete weapons for us and they want us to fight. We are not 63NA; we are millennium soldiers who know what is wrong and right.

“Yes, we are soldiers but the same blood passing through their lives is what is passing through us. The Army is using us to make money. Look at these weapons, some of them were brought in during the [Shehu] Shagari era,” the soldiers said.

President Muhammadu Buhari has expressed deep shock over the killing of military personnel in Metele village of Borno State by Boko Haram terrorists.

In a statement issued by Garba Shehu in Abuja on Saturday, after days of outrage by Nigerians following the presidency’s apparent silence over last Sunday’s attack, the president assured that immediate measures were being taken to ensure that the loopholes which led to the fatalities are blocked once and for all.

The president said his administration remains ever committed and focused on the security of military personnel and other citizens.

The statement quoted him as saying:  “No responsible Commander-in-Chief would rest on his oars or fold his hands to allow terrorists to endanger the lives of its military personnel and other citizens.

“Our loyal forces have proved their strength over the terrorists and we are ready to give them all the needed support in terms of equipment and manpower to succeed in ending the renewed threat.

“In the coming days, I am engaging the Military and Intelligence Chiefs in extensive discussions on the next steps we shall be taking.”

President Buhari reassured Nigerians of his continued commitment to their security and of his efforts to sustain the momentum in the previous successes recorded against the terrorists.

He, however, advised Nigerians against making a political capital out of national tragedy, stressing that members of the armed forces are one family who are commonly committed to the security and safety of all Nigerians.

One of the survivors of the April 1990 coup and a pro-democracy activist, Colonel Tony Nyiam (retd), said on Saturday that the politics of 2019 is distracting the country’s political leaders from focusing on the country’s security challenges.

Nyiam, in a conversation with the Sunday Tribune, said that the insurgents have declared a full-scale war on Nigeria.

He said: “Why are we so distracted from facing the reality that a major war has been declared against the Nigerian state.

“The answer might be our policy makers are focused on 2019 elections. But why has giving priority to declaring war and demonstrating the political will to win the war, not featured in the campaign? How long can we accept to be misled that the threat is from a rag tag army? Humblying, enquiring.”

The Senate on Thursday adjourned sitting in honour of the fallen soldiers, with the Red Chamber asking the federal authorities to pay attention to the security situation.

Boukar Mani Orthe, the mayor of Toumour in Niger’s Diffa region near the border with Nigeria, said about 50 unidentified armed men seized 15 girls in a village about nine kilometers m (six miles) from the town centre.

The fears of members of the public have allayed on the dangers posed by activities of Boko Haram insurgents who have been demobilised, rehabilitated and reintergrated into society, having renounced their acts of terrorism through rigorous psychological teachings.

The fears were allayed by the Emir of Fika in Yobe State, Alhaji (Dr) Muhammad Abali Muhammad Idris during the release of 154 ex Boko Haram fighters by the Army’s Operation Safe Corridors (OPSC) in Gombe on Saturday.

The Emir spoke on behalf of other traditional rulers from Borno, Yobe and Adamawa States at the graduation and discharge ceremony for the rehabilitated ex Boko Haram fighters held at the De-radicalisation, Rehabilitation and Re-integration camp, Mallam Sidi, Gombe State.

According to the Emir, the strategy would help in bringing those still hiding in the Boko Haram camps to surrender and further help in achieving success in the fight against insurgency.

“There will be some challenges at the community level, maybe some people will be very apprehensive of seeing some characters who have killed their relatives or something.

“We the traditional institution need to do a lot to assure the people that these people are harmless. They should tell the public that a lot has been done to de-radicalise them and that it is very important that we allow them to reintegrate them to the society”.

Earlier, the Camp Commandant, Colonel BMG Martins, said the ex-insurgents who arrived the camp on 22 December, 2017, have completed the programme and would be handed over to their respective state authorities for re-integration into the larger society.

He said, “On arrival at the camp, they were made to go through spiritual counseling, psychotherapy and drug abuse intervention. They were also introduced to western education, arts, social works and sports, against Boko Haram ideologies,” he said.

Gombe State governor, Ibrahim Dankwambo, who was represented by his Commissioner for Agriculture, Alhaji Dahiru Buba Biri, commended President Buhari for initiating the programme which he said has tremendously improved the security situation in the North-East.

One of the ex-fighters, Mala Abba Usman Shua, while commending the efforts of the military in creating a safe environment for everyone, confessed that they had been living in bondage of a wrong ideology.

He commended the camp activities which he said had been going on without any of them experiencing any form of molestation or discrimination.