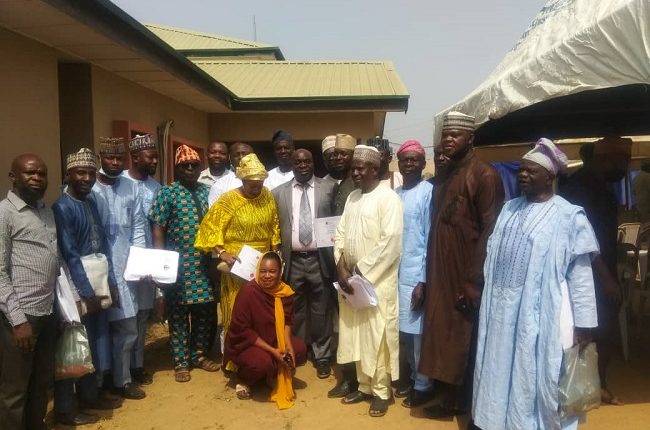 A chieftain of the All Progressives Congress (APC) in Kwara State, and a founder of the Nations Leadership Institute, Chief Akogun Iyiola Oyedepo, has identified frequent training of politicians as a solution to prevalent bad governance in the country.

Speaking at the presentation of certificates to some selected politicians who graduated from the institute, Chief Oyedepo said that, “perhaps there is no field of human endeavour where knowledge and skills are demanded but are abysmally absent than in the contemporary field of politics and politicking in Nigeria.”

The APC chieftain, who said that politics is such a demanding field of human endeavour, thus, added that it should not be invaded by ill-trained, ill-mannered and absolutely ill-brought up children.

“My long years of participation in partisan politics where I have seen it all, have created in me some burdens; burdens on the issue of leadership and politics. So many things are certainly wrong with our politics, politics without principle, ideology, enlightened self-interests, programmes, manifesto, commitment, docile electorates/citizens and unaccountable leadership.”

Akogun noted that problems are legion, yet politics remains the most reliable instrument of getting whatever we want in an organised human society.

He, however, said that “such a demanding field of human endeavour should not be invaded by ill-trained, ill-mannered and absolutely ill-brought up children.”

“We are conscious of the fact that without fixing our politics, we never can fix our economy and there shall be no prosperity in the land,” he said.

The APC chieftain also said that School for Democratic Solution, which happened to be one of the five schools of the Institute, is the anchor of the weekly political dialogue, adding that, “the idea behind the weekly political dialogue is to infuse some understanding and knowledge into the mind of those that must take a plunge into politics and leadership at whatever level. It is our belief that while the science of politics is taught in our universities; the art of politics is learnt on the field.

“There are some people in politics that specialize in party or election administration, while some make their stint by standing for election; and some that traverse all areas of politics. But in whatever area one may want to make his or her mark, training or preparation is imperative,” he said.

Oyedepo expressed the belief that the graduands of political dialogue would help to effect some changes in the political landscape of Kwara and Nigeria in general.

In his goodwill message, the factional Chairman of the All Progressives Congress in the state Bashir Omolaja Bolarinwa said the programme is coming to a point where the need for training of politicians is needed in the state and the country as a whole.

He also said that since the country is practising democracy, the people being put forward for the political position should be people that are qualified to hold such positions.