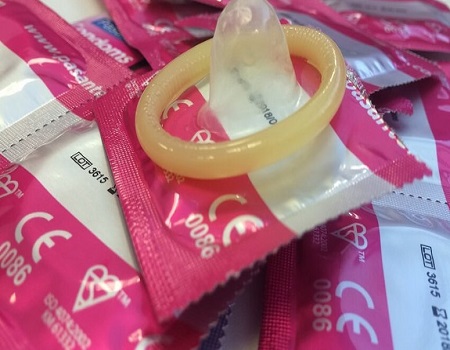 The United Nations Population Fund (UNFPA) has observed what it calls a steady decline in the free distribution of condoms in Nigeria.

Dr Idowu Araoyinbo, an official of the UN agency, made the disclosure in an interview with the News Agency of Nigeria (NAN), on Monday in Calabar.

Araoyinbo noted that Nigeria still needs about 564 million condoms to meet its annual needs, adding that the current rate of free condoms distribution in Nigeria was at 20 per cent and that it was on a steady decline.

He said it is imperative to deliver an efficient, all-inclusive and comprehensive condom programme if Nigeria is to achieve the family planning post-2020 commitments to increase the use of modern contraceptives and reduce the burden of the HIV.

To this effect, Araoyinbo said that UNFPA was interested in setting up a state-level comprehensive condom programme, where key stakeholders in Cross River would be invited to be part of the initiative.

“The percentage of free condoms that is available in most states in Nigeria is reducing. It is less than 20 per cent.

“Based on this, we are about to start a pilot programme from Cross River where we will look at how we can engage with the government to be the centre of distribution of the condoms.

“We will also invite some key non-governmental organisations (NGOs) across the entire population spectrum that work with young people, female sex workers and others.

“Invariably, we are going to have more accountability and effective monitoring, because the government already has a system through which the commodities can be sent to the end-users.

“We are trying to leverage on this to ensure that in the next six months, we have a consistent and sustained distribution of condoms.

“You know condoms have dual functions, that is, prevention of unintended pregnancies and the prevention of sexually transmitted diseases (STDs), including HIV.

“If the result comes out and it is favourable, we are hoping to expand this to other states.

“We have some young people who work as ward coordinators; they will be the whistleblowers, who will help us to ensure remote monitoring.

“We create awareness, for instance, through town hall meetings.

“People are aware that condoms are coming into their community and it will be assessed at particular points; if there are challenges with people accessing the condom, the people will raise the alarm.

“These young people will serve as the feedback mechanism that will enable us to articulate any stop-gap issue,” he said.

You are incompetent to run NigComSat, Reps tell mgt

JUST IN: Agba Jalingo released after six months in custody