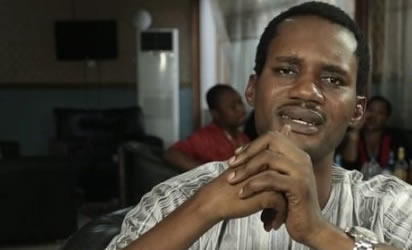 The Federal High Court in Lagos has dismissed the no-case submissions filed by a former Lagos socialite and Nollywood film-maker, Olajide Kareem, alias Seun Egbegbe, and his co-defendants, in response to the charges of serial frauds filed against them by the police.

The court, in a ruling by Justice Oluremi Oguntoyinbo, said the police had been able to establish a prima facie case against them, which requires that they put in their defence.

The judge, therefore, adjourned till January 12, 2021 for the defendants to open their defence.

In the 40 counts slammed against them, the police alleged that they defrauded no fewer than 30 Bureau De Change operators in Lagos of various sums, both in local and foreign currencies, between 2015 and 2017.

The prosecutor said they obtained the money from their victims by deceiving them that they either had foreign currencies to sell to or buy from the BDC operators.

Anyigor said the defendants acted contrary to Section 8 of the Advance Fee Fraud and Other Related Offences Act 2006 and were liable to be punished under Section 1(3) of the same.

But they had pleaded not guilty.

Obaseki who joined the Peoples Democratic Party (PDP) in June after he was disqualified by the APC, defeated Pastor Osagie Ize-Iyamu of the APC in the election results announced by the Independent National Electoral Commission (INEC) on Sunday.

A Kano based industrialist, Chief Kalu Ogbonnaya, has advised the Federal Government to take necessary steps to stimulate the nation’s economy to prevent a recession post COVID-19.Court dismisses Lagos socialite

Ogbonnaya who spoke in an interview with the News Agency of Nigeria (NAN) on Thursday in Kano, said as a result of the coronavirus raving the world, no business has been moving.Court dismisses Lagos socialite