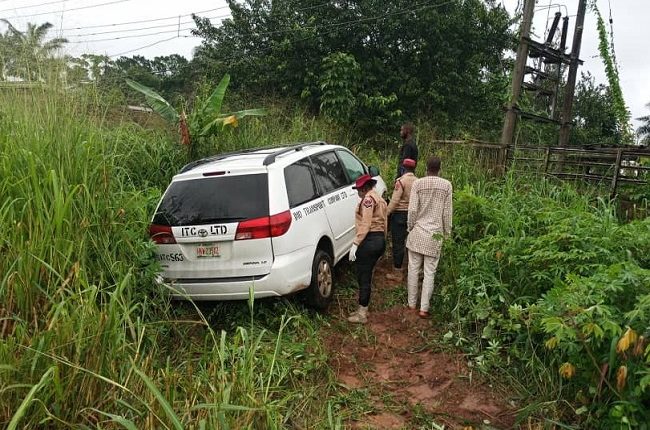 The victims, three men and a woman were said to have come out of the vehicle unhurt.

The State Public Education Officer, Federal Road Safety Corps, Mr Pascal Anigbo, who confirmed the incident in a statement in Awka, attributed it to loss of control, as a result of excessive speed.

According to him: “At about 10:27 am on Saturday 4 July, 2020, a minor Road Traffic Crash (RTC) caused by loss of control, as a result of excessive speed, was recorded near the FRSC Command at Ihiala, along Ihiala-Onitsha expressway.

“The vehicle involved was a Toyota Sienna with enlistment number HKW235XZ, belonging to Imo State Transport Company. A total of Four victims (3 male adults and 1 female adult) were involved in the crash. No injury and no death recorded.

“FRSC rescue team from Ihiala Unit Command are on ground ensuring free flow of traffic, while also making efforts to tow the crashed vehicle to safety.