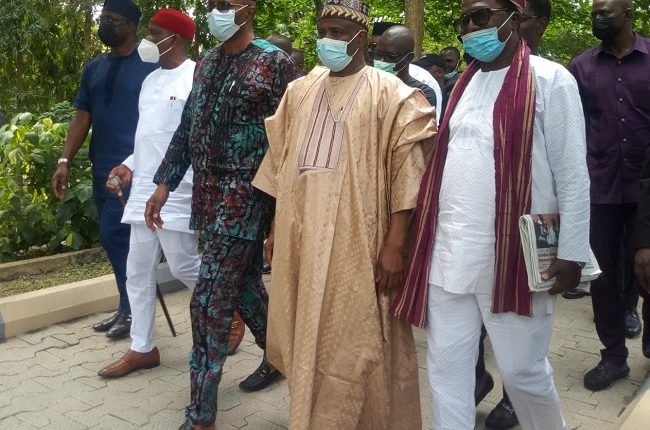 About four governors of the Peoples Democratic Party (PDP) are currently meeting with the immediate past governor of Ondo State, Dr Olusegun Mimiko, in his Ondo country home.

The meeting which was behind closed doors was attended by governors Seyi Makinde of Oyo State, Nyesom Wike of Rivers State, Aminu Tambuwal of Sokoto State, Okezie Ikpeazu of Abia and other political leaders of the opposition party.

A source within the former governor camp said the meeting is expected to herald Mimiko’s defection and return to PDP ahead of the next election.

Sources close to the former governor of Ondo State said series of discussions had been ongoing with various political leaders from different parties but said Mimiko will soon come out with a decision.

Mimiko defected to the Zenith Labour party (ZLP) in the build-up to the 2019 general election and contested for the Ondo Central, losing the election to PDP candidate

The former governor of the state won the governorship election on the platform of the Labour Party before dumping the LP for PDP at the tail end of his administration.

Angry youths on rampage as police allegedly kill one in Osun