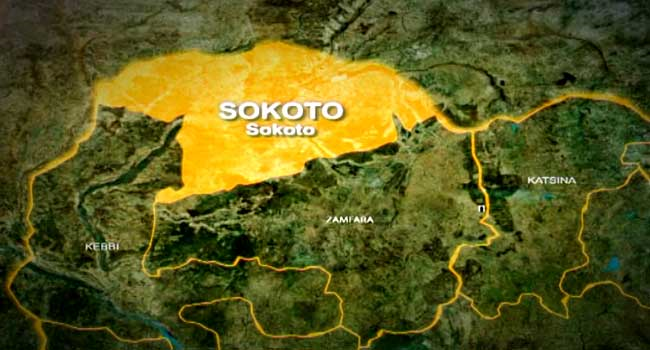 Four people were feared killed in a road accident that involved three commercial vehicles in Sokoto State plying Illela road which were being stopped for search by men of Nigerian Customs Service.

The accident occurred in the early morning of Sunday at a checkpoint mounted by personnel of the Nigerian Customs Service, Asara unit of Illela Border Command in Sokoto State.

Eyewitnesses said two cars, a Toyota Avensss and a Golf Saloon, collided while trying to evade being searched by customs officials at the checkpoint.

One of the drivers involved, according to the source, was alleged to have loaded some contraband goods that included rice and vegetable oil and was trying to evade an arrest.

“One of the drivers was carrying goods including rice and vegetable oil from the Illela border and eventually ran into a customs checkpoint located at Asara village.

“They (customs) obstructed the driver in a bid to stop the vehicle for a search and that caused the driver to lose control. The car ran into an oncoming vehicle leading to a head-on collision while the one coming from the back rammed into the two.

Four persons were said to have died on the spot in two of the vehicles while no fewer than six people sustained various degrees of injuries during the accident.

The injured persons were later taken to Gwandabawa General Hospital for medical attention.

The development, according to the eyewitness, angered youths in the nearby village who set ablaze two vehicles belonging to the customs and its official.

It took the intervention of the men of the Nigerian Army who were drafted to the scene to prevent further attacks against the customs’ facilities in the area.

Confirming the incident, Customs spokesman in the state, Tahir Balarabe, described the incident as unfortunate.

He added two vehicles, one belonging to the Customs service and the other to the officer in charge of the unit were burnt by the mob.

Balarabe added that the officials were carrying out their legitimate duties by preventing the entrance of contrabands into the country as stipulated by the Customs and Excise law.

“It is unfortunate that the mob carried out an attack against the officials who were only trying to prevent contrabands into the country by some suspected smugglers,” he said.

Osibanjo calls for an end to wars, conflicts in Africa