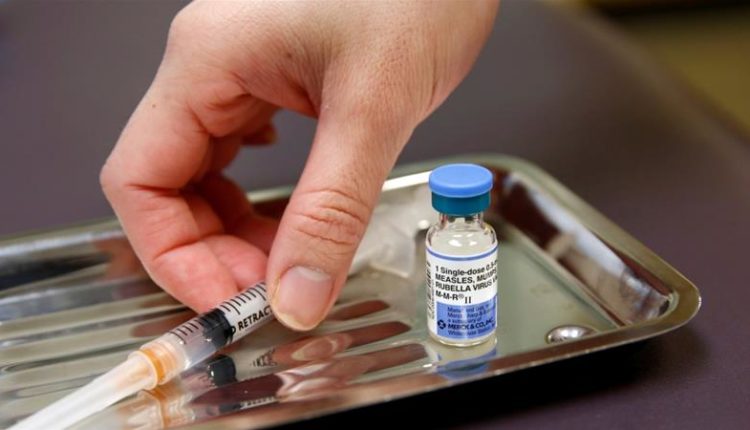 Measles cases are surging in Europe and have been reported from four countries previously considered to have eliminated it, including the United Kingdom, the World Health Organization (WHO) has warned.

Urging the European countries to step up vaccination efforts, the WHO on Thursday said based on the 2018 data, measles is no longer considered eradicated in the UK, Greece, the Czech Republic and Albania.

In the 53 countries of Europe, 90,000 measles cases were recorded in the first half of this year, already more than that for all of 2018, said Siddhartha Datta, from the WHO’s regional office for Europe.

“Each of these countries is examples that have extremely high national vaccination coverage. So these are not examples of countries that have particularly weak systems,” said Kate O’Brien, director of the WHO’s Immunization Department.

“This is the alarm bell that is ringing around the world: being able to achieve high national coverage is not enough, it has to be achieved in every community, and every family for every child,” she said.

Measles, a vaccine-preventable disease that can kill or disable children, is considered eliminated when there is no endemic disease transmission for 12 months or more in a specific geographic area.

While the disease is highly contagious, it can be entirely prevented through a two-dose vaccine, but the WHO has in recent months sounded the alarm over-vaccination rates.

Most regions in the world are experiencing an increase in the number of cases of measles, the WHO said.

Nearly 365,000 cases have been reported globally this year, the highest figure since 2006, said WHO, noting that they represent only a fraction of the 6.7 million suspected cases.

Collapse us if you can, British government dares Brexit opponents