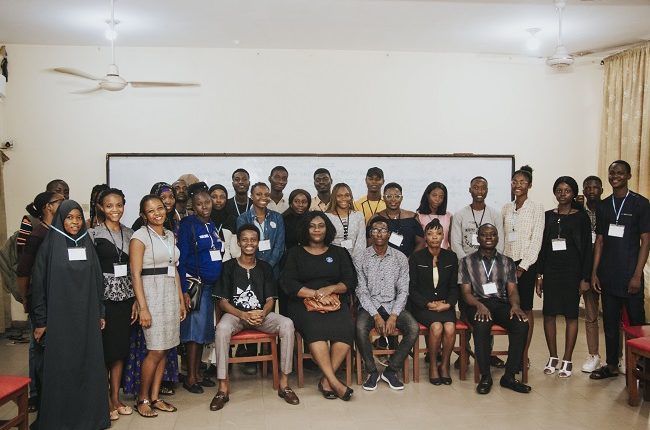 The Young Changemakers Foundation (YCF) has recently urged the Oyo State government to fully implement and punish offenders of the Violence Against Persons Prohibition (VAPP) law.

The foundation made this call as part of its Track VAPP Oyo Project in Ibadan, during which its members trained some selected gender advocates and enthusiasts on the VAPP law.

While giving his remarks, the Executive Director of YCF, Damilola Babatunde, noted that the foundation is a youth-led, impact-oriented organisation that is focused on positively transforming people and communities through peace-building and empowerment initiatives and projects.

Babatunde stressed that the advocacy training was necessary because it was an avenue to teach the participants leadership, writing, public speaking, social media advocacy, and other relevant skills which are needed to advocate for the effective implementation of the VAPP law in Oyo State and in Nigeria at large.

While facilitating the Identity and gender perspectives session, he stated that the perspectives of people on gender and gender roles are based on their personal experiences and lessons learnt during their formative years.

He added that the project has significantly tracked the progress and lapses of the VAPP law in curbing violence through its activities and core mandate, and has also advocated at different levels for the effective implementation of the law.

“Essentially, creating awareness about the VAPP law and advocating for its effective implementation in Oyo State and in Nigeria is a core mandate for the Track VAPP Oyo Project,” Babatunde said.

The organisation’s Director for Research and Content, Ms Taofeekat Adigun, noted that social media advocacy is a strong method to enlighten people about the dimensions of the VAPP law, how to handle gender-based violence cases and alternative pathways from violence to safety.

Ms Adigun said that various social media campaigns have also been held throughout the project to underscore the effects of violence and its societal repercussions, and also to make a call to action for an end to violence against women, girls and vulnerable members of the society.

A legal expert of the organisation, who was also a trainer at the programme, Chioma Emelike, spoke briefly on the Violence Against Persons Prohibition (VAPP) Act.

She noted that the VAPP Act provides a legal framework for the protection of all citizens including vulnerable people such as women, girls, children, youth, and persons with disabilities (PWDs).
She added that on the 18th of December, 2020, the Oyo State House of Assembly passed the Violence Against Persons Prohibition Bill into law, which was later assented into law by Governor Seyi Makinde on the 26th February 2021.

Emelike noted that the Track VAPP Oyo Project continues to prioritise its mandate to create awareness about the law and to advocate for the effectiveness of the law in curbing violence in Nigeria via concrete actions of both state- and non-state actors, including government officials, lawyers, citizens, traditional rulers, religious leaders, and influencers.

One of the trainers and founder of the Women Safe House Sustenance Initiative, Mrs Wuraoluwa Ayodele-George, said that the drivers of gender-based violence are cultural, legal, economic and religious factors.

The organisers of the training noted that advocacy meetings with key stakeholders including Hon. Olawunmi Oladeji, the female lawmaker that sponsored the domestication of the VAPP law in Oyo state; as well as the Attorney General and Commissioner for Justice of Oyo State has also been held to monitor, track and evaluate the impact of the VAPP law, and to advocate for some of the provisions of the VAPP law that are yet to be operational in Oyo State.

They emphasised that government policies and laws are very important in the fight against violence and injustice. They also urged the government to take the VAPP law seriously.

The other trainers were Ojo Aderemi, Kawthar Salahudeen, Habeeb Olajide, and Esther Opone; while Aminat Adebayo was the moderator.

In the course of the training, the participants were exposed to real-life cases and how to deal with various forms of gender-based violence.