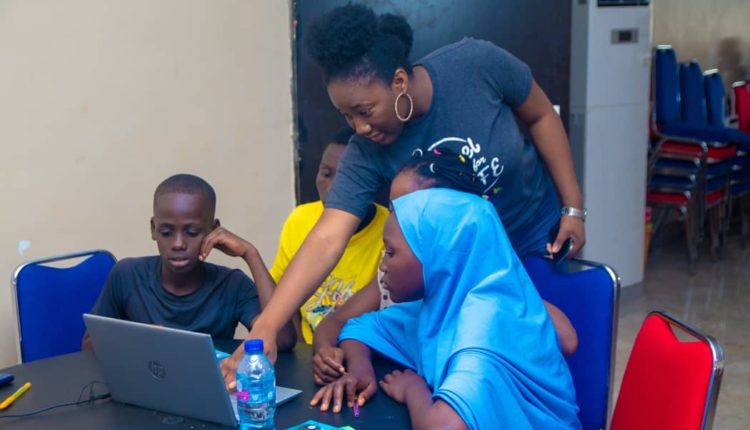 A non-governmental organisation, Alex & Grace Izinyon Foundation (AGIF) has trained no fewer than 20 youths in the Federal Capital Territory(FCT), with digital architectural skills to help develop their communities as part of its efforts to educate and promote the less privileged and the disadvantaged in the society.

AGIF in its 4th Annual House of Grace Outreach project engaged youths, aged 13 to 18 years from the Jahi one (1) community in Abuja, through a 4-day participatory design/visioning workshop.

According to the Foundation’s board member, Miss Grace Izinyon, the focus was on the utilisation of digital solutions to address development deficits in communities by adopting the UN-Habitat Block-by-Block Community Project.

Izinyon also said: “During the workshop, the youths learnt of public space issues, theories and design considerations and subsequently, groups were formed, taught how to play the Build My Community game and then given the opportunity to brainstorm and create a public space that could be used to enhance their current community needs.

“On day 3 of the workshop, the groups were taught and given the opportunity to design and build the models of their created space and after finalisation on day 4, they presented their models and reasoning behind their space to a group of judges consisting of experts, board members and chief executive officers.”

In his remarks, Dr Alex Izinyon said since digitisation has taken the center stage in global civilisation, AGIF deems it important and necessary to equip the youths with digital skills that would translate into workable solutions to poorly managed public spaces.

This is against the backdrop that as key stakeholders and drivers of social development, the youths ought to be actively engaged in development dialogues, planning and execution.

“It is AGIF’s conviction that the participants will obtain valuable digital skills and use the same for meaningful participation in urban development.”

Iziyon while calling on the government to engage youths in vacationing said: “If they are properly engaged, they will not constitutes nuisance to society. Those day we have vocational schools, technical colleges where you have electricians vulcanizers and youths learn all these kinds of trades but now we don’t have and that’s because the government have failed in narrowing down what is required in view of our advancement, increase in populations and that’s why people are on their own.

“You will now see people going into fashion design, hairdressing, pedicure and manicure. They are noble professions which we have not developed.

“The government should look inward because we have a lot to benefit from our youths and we cannot leave them like that because if we don’t invest in them and look at them properly, then we are finished in this country because all of us will go, then who are we going to leave behind and that is the question and that is our advice.”

Why we prepare Nigerian children for global competition — Gbajabiamila

CBN: We won’t be rigid on cash withdrawal limit but policy stays