Foundation to EndSARS protesters: Tie down the little gains made so far 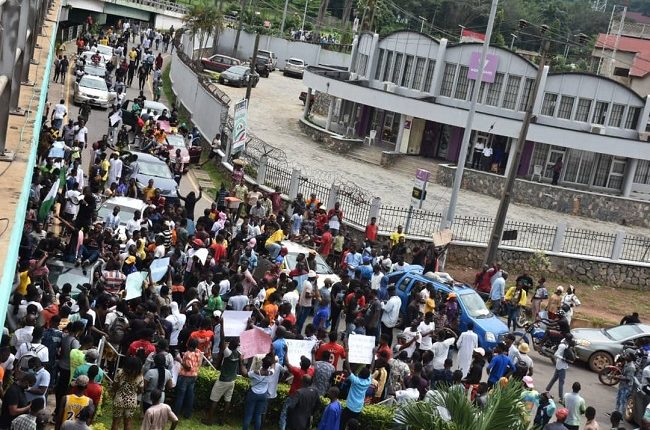 FOLLOWING days of protests by Nigerian youths against brutality, extra-judicial killings and other acts by some officers of the Nigeria police, a Muslim youth organisation, the Pure Heart Islamic Foundation of Nigeria (PHF), has advised the youth to restrategise and reorganise themselves in order to tie down the little gains made from the struggle so far.

The PHF, in a statement signed by its national coordinator, Abdulghaniyy Dhikrullah, said it saluted the courage and sacrifice of the youth in pushing the battle to its present status, which had earned them national and global accolades.

It, however, noted that the ding-dong affair could not last forever.

The organisation said: “At this juncture, we advise our youth to give the government the benefit of the doubt by allowing it carry out the reforms as promised. The best we can do now is to listen to voice of reasoning and wisdom by not allowing the unintended to happen to the sincere motive of protesters. We are only with you if this is applied.

“We join other well-meaning Nigerians in calling our ever-gallant youths to make peace sacrosanct in their agitations, while eschewing all forms of violence to ensure that Nigeria and Nigerian youths reap maximum benefits from these sacrifices.

“With the present situation, it is apparent that hoodlums have hijacked the protest, blocking roads and highways, destroying properties of fellow citizens, burning down police stations and attacking correctional facilities to free prisoners. These are signs that EndSARS strategy has failed and there is the need to end the protests and restrategise for further dialogue.”

The PHF commended the initial response of governments at various levels to the agitations but maintained that more commitment needed to be shown to convince the youth and, indeed, Nigerians that visible changes would be witnessed in a matter of time.

Beyond the proscription of the SARS, the body stated that “the government should address the corruption, indiscipline and poor human right records in the police force.”

It said: The government should also embark on strategic and institutional reform of the police force. If the institution has modicum of integrity, whatever comes out of it will be healthy.

“At this point, the government should be commended, at least for now, for restraining the security agencies from using unnecessary force to disperse peaceful protesters. Nevertheless, no matter the level of provocation, the government should resist the temptation of using force in interfering in the protest in order to protect our democracy.

“The honest and dedicated ones among the police should be encouraged through improved welfare, awards and handsome remunerations.”

As Nigeria celebrates its 60th Independence Anniversary, Most Reverend Emmanuel Adetoyese Badejo, the Bishop, Catholic Diocese of Oyo in his message on the occasion…Foundation to EndSARS protesters