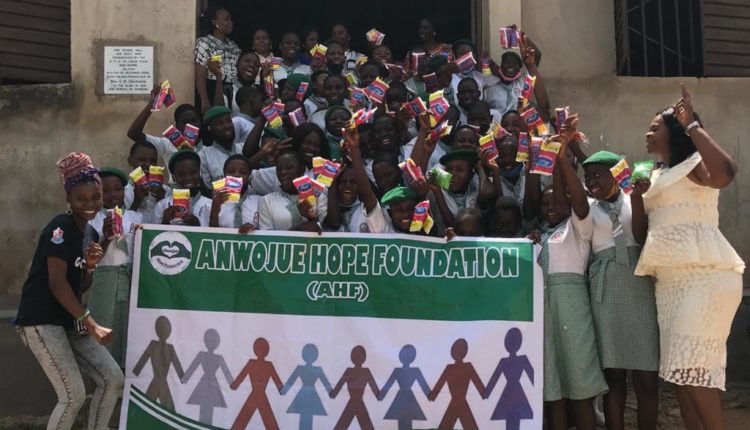 As part of its plans to support female adolescents and the underprivileged in the society, a non-governmental organisation, Anwojue Foundation, has supported about 1,500 girls across Ogun and Osun States with free sanitary pads numbering 3,000, among other relief materials in the year 2020.

The group observed that many young girls are unable to afford sanitary pads as they attain puberty, hence the need for it to undertake the ‘Pad a girl’ project as it would also help promote personal hygiene.

Speaking during the organisation’s annual board meeting, the project manager, Busayo Soyebo, further disclosed that school materials including hundreds of backpacks and sandals were given to secondary school students living with disabilities in Abeokuta, Ogun State, while COVID-19 relief materials were provided to hundreds of people during the height of the pandemic.

Speaking on the foundation’s plans for the new year, Soyebo expressed that the organisation hopes to reach more females, people living with disabilities and provide more support for the underprivileged in the society.

From humble beginnings to multi-millions: The Victor Peña story

Abolongo: We heard ‘boom’ sounds that made our houses vibrate as if they were about…